Continuing the Chatter: US Workplace Bullying and Retaliation 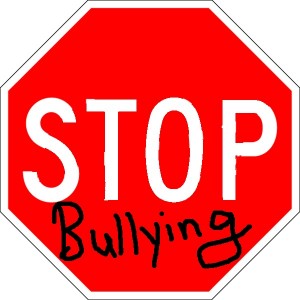 On February 19, my colleague Beth Zoller and I had the amazing opportunity to chat with @WeKnowNext during #Nextchat. As always, HR wisdom spread over the Twitterverse at breakneck speed.

Indulge me as I continue to expound upon certain themes (leadership, supervisor training, the Miami Dolphins bullying brouhaha) that were touched upon during the Twitter chat.

As Beth aptly observed, “Antibullying needs to start at the top.” Any leader that fosters a culture that allows or even encourages bullying behaviors is not a true leader (perhaps “tyrant” may be more apropos).  And tyranny has its costs.

Addressing bullying before it escalates can yield real wins for any organization and head off many liability risks that may derive from employee misconduct. However, as long as there is a perception that a bully is more valuable or productive to the organization than the target (even if the reverse is true), bullying may continue to spread throughout the workplace. As long as strength is rewarded over competence, an organization will fail to remain bully-free.

Supervisors should be trained in identifying signs of workplace bullying and in taking appropriate actions. Any changes in employee behavior (e.g., withdrawing from the team, sudden poor performance or increased absences) may be telltale signs of distress, whether the reactions are due to bullying or some other workplace stressor.

In responding to employee pleas for action or investigation, supervisors should reward truth-telling, diversity and inclusion in order to reduce the likelihood of workplace retaliation.

And if there’s an internal workplace bullying policy, then that rule should be communicated effectively to all stakeholders in the organization, and particularly to any managers handling employee complaints.

The ongoing Miami Dolphins bullying fiasco (the independent investigator’s report was released just last Friday), in which a young offensive lineman (Jonathan Martin) left the team after being bullied by other members of the team (Richie Incognito, John Jerry and Mike Pouncey), proved good fodder for discussion. Although some have seen complication, if not outright justification, in the fact that the particular workplace involved an NFL locker room – one of the last bastions of brawn and brutishness – this type of workplace need not require any change or clarification in the bullying calculus.

Simply put, bullying is bullying, regardless of the workplace.  Some workplace cultures allow it to flourish, some don’t.

(In the interest of full disclosure, I am a lifelong Dolfan, and continue to reel both from our offensive line woes as well as Dan Marino’s recent firing.)

Currently, an employee who has been bullied may have a number of available legal claims to pursue (e.g., potential harassment, intentional infliction of emotional distress, negligent hiring/retention or even assault). The specific claims available vary state to state, depending on specific laws and regulations.

Although a large number of state bills addressing workplace bullying have been introduced in state legislatures (Tennessee being the most recent state to put forth the Healthy Workplace Bill), to date no legislation specifically outlawing bullying has been passed.

Whether these legislative efforts prove successful or not, the question remains: does an employer need a law to do the right thing?