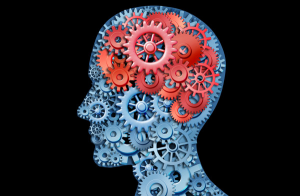 The NLRB’s joint employer ruling is still hanging over employers’ heads, but at least one employer can be thankful entering this holiday season.  A Missouri Appeals Court held that AutoZone could not be held liable for alleged harassment and retaliation at a store owned by one of its subsidiaries, “AutoZoners.”

The court found that although AutoZone provided a handbook and code of conduct to the subsidiary, it did not act “directly in the interest” of “AutoZoners,” which handled its own training, investigation and complaint response and prevention.

A Papa John’s franchisor and owner of several NYC franchises, on the other hand, wasn’t so lucky.  The owner was sentenced to 60 days in jail and a fine of $510,000.00 for falsifying payroll records. New York Attorney General Eric Schneiderman said that the owner was “cheating his employees and trying to cover it up.” And just in time for Thanksgiving, too!

Of course, those are just two of many examples of franchisors and parent companies feeling the heat in 2015. In fact, the 2015 EEOC Performance Report indicates that the agency achieved “record results in enforcement efforts during fiscal year 2015,” which ended September 30th.

Sadly, record-high results for the EEOC means record-low results for employers.  The agency filed 100 individual and 42 class action lawsuits against employers in fiscal year 2015 and secured more than $525 million for victims of workplace discrimination.

Pactiv, an Illinois-based packaging company, will pay $1.7 million to settle a disability discrimination charge filed with the EEOC, for example.  Pactiv was accused of disciplining and discharging employees due to medical-related absences, and not allowing or extending leave as a reasonable accommodation.

Thankfully, employers can respond to EEOC charges and they have several options and defensive strategies at their disposal.

One of the best ways to prevent litigation is to hire the right people in the first place.  According to workplacetrends.com and its Corporate Culture and Boomerang Employee Study, 76% of employers are now more accepting of hiring “boomerang” employees – or employees who have previously worked for the employer. Similarly, 85% of employers polled said they received an application from a boomerang employee in the past five years. Perhaps loyalty does count, after all.

The University of Illinois chose to rescind a job offer to a professor after he made some controversial anti-Israel statements on Social Media.  After litigating the case to the tune of $1.3 million in legal fees, U of I chose to settle with the professor for $600,000.00 and another $275,000.00 in legal fees.

Employers can avoid having to awkwardly withdraw employment offers by instead making offers of employment contingent on a background check or the successful completion of a probationary period.

On the bright side, the Department of Labor and President Obama are rolling out the TechHire Grant Competition, a $100 million subsidy program for employers using innovative training programs targeting low-skilled workers.  The grant program is viewed as a supplement to the H1-B visa program, which is limited to foreign nationals, and will ultimately help Americans better compete for well-paying jobs in information technology, healthcare, advanced manufacturing and financial services.

Pfizer’s bid to acquire Botox maker Allergan will go forward for a whopping price tag of $160 billion. Critics say Pfizer’s primary motivation is to relocate overseas and thus, slash its tax bill.  In a rare show of bipartisan sanity, Hillary Clinton, Bernie Sanders and Donald Trump have all spoken out against the merger, the latter calling it “disgusting.”  Unfortunately, it would take legislation from Congress to prevent these types of “tax inversion” deals, so don’t hold your breath.

The roll-out of paid sick leave legislation in Pittsburgh has been delayed via lawsuit to March 11, 2016.  Everyone can thank the Pennsylvania Restaurant and Lodging Association for the extra time to prepare!

How secure is your workplace?

The stunning terrorist attacks in Paris have led to an outpouring of human emotion as well as plenty of soul-searching and hand wringing over foreign policy.  As HR professionals, however, you have to ask some tough questions about the workplace as well.  Is your place of business really secure?  How would you respond to a major incident like an attack or a natural disaster?

Creating a Crisis Management Team within your organization is an excellent way to be proactive and to prepare for events of this nature, even if they seem remote.

Part of workplace security is, of course, protecting vulnerable employees.  Charlie Sheen isn’t your run-of-the-mill employee, but even he could face discrimination in the workplace due to his HIV positive status. Currently, only 15 states in the country protect workers from discrimination on the basis of HIV or AIDS-related conditions.

In the last edition of HR Intel, we asked you how country ballad “Long Black Veil” is relevant to HR. Long Black Veil is about a man accused of murder who chose to die in order to keep his affair with his best friend’s wife a secret.  The woman then wears the titular veil as she “cries over [his] bones” at the cemetery.  Heart-warming, isn’t it?

As you know, employees in workplace relationships will take measures to hide their romantic involvement.  While some employers choose to prohibit such relationships altogether, others take a more accepting approach by using policies, training and even a “love contract” to set parameters.

We leave you with “Ready or Not” by the Fugees.  Tell us how you think this song is related to HR in the comments section below.