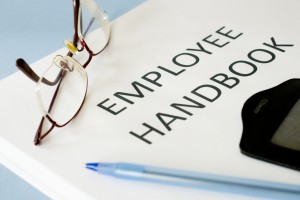 With 2016 fast approaching, an employer should be sure to take the time to review and update its employee handbook so that it remains legally compliant. There have been a number of significant legal changes on the federal, state and local levels that have or will have a substantial impact on workplace policies.

Updating an employee handbook is critical because it not only minimizes the potential for employer liability, but it also can improve the employer’s professional and business reputation by demonstrating that it considers legal compliance of paramount importance. Here are seven key updates you need to address for 2016.

An employer should make sure that its employee handbook reflects the latest laws with respect to equal opportunity protections for new and emerging protected classes. This past year, states and cities continued to expand employment protections to the following classes:

Additionally, a number of new laws on the state and local levels now provide interns, as well as volunteers in some cases, with the right to bring claims for discrimination, harassment and retaliation. An employer should update its handbook accordingly.

In light of this landmark development, an employer should be sure to revise its employment policies with respect to EEO and discrimination, employee benefits, family and medical leave, other leaves of absence, marital status and tax information and make sure it provides equal treatment to same- sex couples.

It is important for an employee handbook to include the latest laws regarding leaves of absence and time off from work. In 2015, states and cities continued to pass laws requiring employers to provide various types of leave, including, but not limited to, the following areas:

For example, in 2015, Oregon passed a paid sick leave law. An employer should be sure to incorporate such requirements into its workplace policies.

In order to protect the employer and ensure the safety of employees as well as third parties, employee handbooks should also include the latest requirements when it comes to safe driving. In 2015, several states such as passed laws prohibiting drivers from using hand-held devices and texting while driving. It is imperative to enforce these policies and ensure legal compliance.

With the rise of electronic cigarettes (e-cigarettes) as an alternative to traditional cigarettes, employers are finding that e-cigarettes create their own issues, including but not limited to employee health concerns, allergies and sensitivities. As a result, a number of states that prohibit smoking in the workplace and in enclosed public spaces have also extended this prohibition to e-cigarettes. An employer should be sure that its smoke-free polices reflect the latest laws.

Under Section 7 of the National Labor Relations Act (NLRA), both union and nonunion employees have the right to engage in protected concerted activity and collectively discuss wages, hours and working conditions. Based on the NLRB’s recent pursuit of employee handbook policies and its comprehensive and detailed report regarding recent employer policy cases, an employer should closely review its employment policies with respect to social media, confidentiality, investigations, communications and employee speech.

An employer should also make sure that such policies do not include overly broad and ambiguous language that could be interpreted as infringing upon the employee’s right to engage in protected activity.