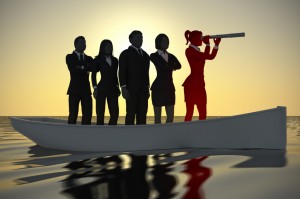 As a frenzied 2015 winds to a close, we should take stock of what the year meant for the HR community. It was no less hectic than usual, with the typical flood of legislation, litigation, investigation and evaluation, but the trend is that of significance. What you’re doing is not only increasingly difficult in this hyper-sensitive, social media world, but also increasingly important.

And you’re doing all of it with an aging, increasingly diverse workforce, and amidst a veritable storm of merger & acquisitions activity, threats of violence and a general sense of global turmoil. Phew!

The silver lining? The C Suite wants better data and your input, HR. Now more than ever is your chance to become a thought leader.

In its annual Industry Trends in HR Technology and Service Delivery survey, the Information Services Group reports that 70% of respondents have or will implement a SaaS (software as a service) platform in the next two years. This is driven primarily by a shift away from cost savings as a corporate strategy and toward process improvement, employee engagement and more effective data analytics.  The lack of effective data analytics is a specific weakness cited by 72% of Chief HR Officers in the Consero Group 2015 Chief HR Officer Survey, released two weeks ago.

Meanwhile, Career Builder’s survey on the position of HR within a corporation found that 65% of CEOs believe that HR opinions carry greater weight in a post-recession economy and 73% of CEOs reported that their HR leader had provided data that influenced business strategy.

The Bureau of Labor Statistics (BLS) promises no respite, however. In its Employment Projections for 2014-2024, the BLS expects the American workforce to get increasingly older, more diverse, more dependent on medical care and in greater need of higher education or technical skills.

Seattle is now the first city in the US to allow drivers for app-taxis (Uber, Lyft, etc.) to form a union. Passed unanimously by the Seattle City Council, the law enables drivers to bargain to improve their working conditions. Uber opposes the law, and plans to challenge it in court. Whether they are left… sleepless in Seattle over unionized drivers remains to be seen.

As if the bastion of burritos doesn’t have enough on its plate with the E. coli scare, the chain is also accused of age discrimination in a federal lawsuit in Minnesota. The since-terminated manager of several Chipotle stores claims that his superiors openly told him they preferred “young leaders” and that he was “part of the past.” Those comments, combined with the fact that the manager was replaced by a younger employee were sufficient for the court to deny the employer’s motion to dismiss this age discrimination lawsuit. The trial should occur early in the new year. Incidents like this one are something which HR professionals and supervisors will increasingly need to prevent as the workforce ages.

Fox Sports is also accused of age discrimination in a federal lawsuit in California by on-air reporter Colleen Dominguez, who claims a supervisor told her that the company doesn’t “handle veteran female reporters very well.” Dominguez also claims she was denied interviews and assignments based on her age and her appearance on camera.

In yet another “joint employer” case, the Third Circuit ruled that a temp assigned by a staffing agency is the employee of both the assigned company and the staffing agency. Given the “joint employer” ruling, the employee was permitted to file a race discrimination claim against both companies, even though the actual discrimination occurred only during assignment. Perhaps the company seeking a temporary worker would have benefited from a race discrimination response protocol.

New York City’s prohibition on discrimination against transgendered individuals is the strongest in the nation. New guidelines from the city’s Human Rights Commission indicate that failing to use an employee’s preferred name or pronoun; failing to allow use of a gender-appropriate bathroom; requiring different uniform or grooming standards based on gender; and stereotyping based on traditional gender roles are all examples of violations.

There are over 25,000 transgender and gender-nonconforming people living in New York City and nearly three-quarters of such individuals surveyed at the state level say they’ve suffered workplace harassment or mistreatment.

There are no words

The holiday season typically brings the issue of eldercare to the forefront. Typically, getting together with older family members for the holidays – after not having seen them for a while – reminds younger adults of the need for eldercare. Sadly, eldercare is very much in the news these days, but not for festive reasons.

ProPublica, an independent, non-profit investigative journalism group, reports that nursing home workers are increasingly posting embarrassing and dehumanizing photos of the elderly on social media. Worse yet, they’re doing it on self-destructing social media apps like SnapChat so they can potentially hide violations. Thankfully, some of these incidents have led to criminal charges, but all of them potentially violate the Health Insurance Portability and Accountability Act, as well as other privacy restrictions.

Unresolved violations can not only expose employers in this industry to lawsuits, but also bring unwanted attention from the Centers for Medicare and Medicaid Services, which regulates nursing homes.

In the last edition of HR Intel, we asked you how “I’m Gonna Be (500 Miles)” by The Proclaimers is relevant to HR. In addition to being a very effective ear-worm, this song is basically an HR anthem. Walking 500 miles (and 500 more) is a metaphor for the lengths to which some HR professionals go (and would go) to benefit their companies and the people who make up their…ahem human resources.

When I’m working, yes I know I’m gonna be, I’m gonna be the man who’s working hard for you.

We leave you with “Baby, It’s Cold Outside” by Frank Loesser.