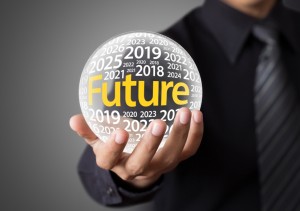 It’s another new year in the HR universe and with every passing year, change is to be expected. People make resolutions, companies pivot and balance sheets get a new lease on life. 2016 is no different, but what will that change look like in the workplace this year? If the last two weeks are any indication, it’s sure to be a pretty interesting year.

Sometimes change can be bittersweet. Tom Coughlin, the two-time Super Bowl champion and beloved head coach of the New York Giants “stepped down” from his role after a twelve-year run with the team. The Giants are sure to face major changes due to Coughlin’s (forced?) resignation, from the medical and training staff all the way to the roster itself.

Beyond the implications to the football team, however, one can get dizzy thinking of the potential HR-related issues:

Is Coughlin’s resignation the catalyst that will propel this team to the next level under new and more modernized leadership? This is what it’s like to see the world through the eyes of an HR professional.

Change abounds; the good and the bad

Sometimes change can be downright negative with few silver linings. After a disappointing holiday retail season, Macy’s announced major layoffs affecting more than 3,000 jobs and 36 locations, all of which are set to close. As part of the layoffs, Macy’s will offer a “voluntary separation opportunity” to about 165 senior executives. Those agreements will have to comply with the Older Workers Benefit Protection Act (OWBPA), which requires a heightened level of information and the opportunity to review the offer with an attorney within a reasonable period of time.

Sometimes change can be overwhelmingly positive. Mayor De Blasio signed an order providing six weeks of paid parental leave to non-union city employees, a change that will provide parental leave to 20,000 workers who were not previously eligible. The upshot is less anxiety for scores of city workers, better economic protection in times of need and ultimately, better productivity.

Sometimes change can be exciting. According to Forbes, HR is in the process of being “consumerized” (you may need to turn off your ad blocker to access this article). This translates to the synchronization of marketing and recruiting, expanding employee social media activity, expanding use of online learning and the “gamification” of HR. This brave new HR world enables companies to get smarter, more agile, more efficient and ultimately, more productive and profitable.

And sometimes change can be concerning. In EEOC v. Flambeau, a federal court found that an employer’s wellness program may be permissible even though it was tied to the employer’s medical insurance benefit program and it required a physical examination of employee participants. Typically, employers are prohibited from conducting such examinations unless the examination is job-related and consistent with business necessity. You can’t give your office worker a physical fitness test, for example, because it’s probably not relevant to the job. In this case, however, the employer made its medical insurance benefit contingent on participation in the wellness program, the latter of which required a physical examination.

This backdoor approach to “forced” physical examinations is something which will be heavily litigated by the EEOC before we get a final answer. But in a workplace littered with Fitbits and smart watches, it’s definitely something to monitor in 2016. Speaking of the EEOC…

No rest for weary employers or EEOC investigators

After the EEOC’s record enforcement year in 2015, 2016 is off to a fast start with discrimination in the workplace continuing to dominate the news.

Back in November, we covered a lawsuit by former L.A. Times columnist T.J. Simers, who was awarded $7.1 million by a jury for age and disability discrimination. Well, not so fast. A judge has since voided the entire verdict, finding that the case should be re-tried because jurors mistakenly believed Simers had been “forced out” of his job. According to the judge, “an employee who is demoted is not simply permitted to quit and sue because they do not like the new assignment.” Instead, the judge found that Mr. Simers had actually resigned. That misunderstanding will require an entirely new trial and lots more legal fees to resolve, a tenuous position for both Simers and the L.A. Times.

About 190 workers, mostly Muslim immigrants from Somalia, have been fired by Cargill Meat Solutions in Fort Morgan, Colorado. The move came after a dispute over prayer restrictions by the employer, which allegedly told workers that if they wanted to pray, they should “go home.” This is exactly the type of issue that can be resolved with a “religious accommodation,” something which the employer had in place at some point prior to the dispute.

The Buffalo Bills cheerleaders have prevailed in a lawsuit to “certify” as a class action. The ruling will enable current and former employees – dating back to 2008 – to band together as a group and sue the team for better wages. The NFL and the Bills argued that cheerleaders are independent contractors – not employees – and that they are not eligible for wage protections.

Restaurants and other “low-wage” industries remain squarely in the crosshairs of the Department of Labor, according to new statistics directly from the DOL. Employers in these industries paid about $74 million in back wages in 2015, or about 30% of the total collected by the DOL on behalf of employees.

The NLRB has ruled that an employer may not forbid employees from recording conversations or taking pictures at work without permission because such blanket restrictions have a “chilling effect” on employees and their ability to discuss working conditions. Importantly, local restrictions may still impact such recordings, depending on whether state law requires two-party consent to recordings. This is another potential flashpoint in 2016 with wearable technology flooding the workplace.

“Elephant in the Valley”

The numbers paint a daunting picture for America’s tech hotbed and will almost certainly be a huge area of focus for tech darlings like Google, Apple and Amazon in the new year.

In the last edition of HR Intel, we asked you how “Baby, It’s Cold Outside” by Frank Loesser is relevant to HR. This song was one of the first examples of the “call and response duet,” something which was heavily imitated thereafter. It speaks to the collaborative nature of HR, having to work hand-in-hand with employees to achieve mutual goals and an evolving workplace where teamwork is prized in an effort to achieve ultimate efficiency and synchronization.

We leave you with “Blue Sky” by The Allman Brothers Band.