HR Intel – The Age of HR Analytics is Upon Us 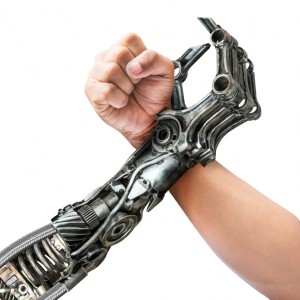 Among the many developments or “disruptions” to the traditional workplace in 2016, the increasing presence of “people analytics” might be both the most promising and the most threatening. On the one hand, if you’re not using analytics, you’re not seeing the relationship between data sets like attendance rates and productivity or the level of a job applicant’s education compared with his or her likelihood to stay with the company, for example.

Google’s people analytics motto is, after all, “All people decisions should be informed by data and analytics.” Widely considered to be one of the most imitated companies when it comes to HR strategy, Google’s analytical model seems…to be working for them.

Deloitte Consulting released a research and prediction study for 2016 which focuses on analytics as the major progression for HR in 2016. The study polled CHROs, almost every single one of whom called “analytics” a top priority for the year ahead. That means companies are focused on creating a meaningful and useful database of information about their people, and are determined to use that database to inform (some) decision-making.

On the other hand, HR Examiner Editor-in-Chief  John Sumser says there is an inherent risk in over-reliance on data analytics to drive decision-making. This risk can be amplified when it comes to complicated decisions that employees make, such as whether to accept a job with a competitor. The risk of a poorly-understood data set would then – in theory – be multiplied by the number of employees the company is trying to analyze. Not only could the data be inaccurate, but it could also be incomprehensible when multiple data sets come into play.

Internet retailer Zappos is going through one such experiment that was, in part, driven by people analytics. Productivity data told Zappos that a “no-bosses” hierarchy would work better because it would force all employees to become entrepreneurs within their own divisions. Zappos has shed 18% of its workforce through voluntary attrition programs during this experiment (comprised of ex-employees who didn’t agree with the new approach), but the company reports that the experiment is going well.

It is inevitable that analytics will become part of corporate HR strategy (and I, for one, welcome our new analytical overlords), so as an HR community the best move is to embrace it, but to do so with a very critical eye. Some parts of it are extremely useful, but the heavier stuff – like figuring out which employees plan to stay with the company for their careers – those decisions should be left (for now) to the greatest computer ever created: the human brain.

Following up on another (very similar) story we have covered in HR Intel, Muslim employees at Ariens Company in Wisconsin are now prohibited from praying during work unless they do so during meal breaks. However, their Islamic faith requires the employees to pray five times per day, several of which overlap with the standard work day.

The employees claim the new policy amounts to discrimination and, in some cases, forced resignation or constructive discharge. Ariens will have to show “undue hardship” to the EEOC if challenged as to why it cannot offer a reasonable accommodation – something which it had apparently offered in the past. The question then becomes: what has changed? Is there a true undue hardship here or is the new policy reflective of the changing landscape for Muslims in the United States?

The truth is out there, but equal pay for equal work still isn’t. When FOX thought to revive its beloved X Files franchise, it offered Gillian Anderson only 50% of what it offered David Duchovny to reprise their roles as Dana Scully and Fox Mulder. Anderson fought the injustice and got it corrected, but it makes you wonder how other women deal with this issue, particularly when they don’t have the clout in their jobs that Anderson has in hers.

More information is starting to leak out about the true legal meaning of the dreaded “joint employer” tag.  The Department of Labor just issued guidance on joint employer status relating to claims under the FLSA and the Migrant and Seasonal Agricultural Worker Protection Act (MSPA).

The key takeaway from the DOL’s guidance is that both the FLSA and the MSPA are broadly interpreted when it comes to joint employer claims. This means most employers that have meaningful involvement in the day-to-day operations of workers will be considered joint employers for purposes of these claims. And that means bigger and more frequent lawsuits and more frequent (panicked) calls to employment counsel.

Seyfarth Shaw’s annual Workplace Class Action Litigation report is out and – you guessed it – settlements with classes of aggrieved employees reached an all-time high in 2015, with the top 10 settlements totaling $2.5 billion (up from $1.9 billion in 2014). Wage and hour lawsuits led the way in 2015, emphasizing the danger to large companies, franchisors and multistate organizations whose employees make at or close to minimum wage.

The drop in oil and gas prices is having a huge impact on workforces in the energy industry, with Houston being particularly hard-hit by the uncertainty. The industry experienced a boom in growth and hiring from 2008-2015 during the Shale revolution, but now is suffering through layoffs pacing the falling price of oil as geo-politics have clouded the picture. “The closer you are to the wellhead, the quicker you are to lose your job,” said a Houston-based energy consultant. Industry analysts expect it to get worse. Unemployment in the industry is at 8.5%, but it could go as high as 10% before the price of oil stabilizes.

It’s a small world, after all

The Supreme Court will decide whether President Obama’s Executive Order allowing undocumented workers to apply for work permits and deportation relief is legal. Twenty-six states have challenged President Obama’s Executive Order as unlawful and the 5th Circuit Court of Appeals agreed with the states. The Supreme Court will likely hear the Obama administration’s appeal in April.

STEM education for girls will be a boost for the global economy in the future. Considering so many jobs will be lost to technology in the coming years (there are those analytical overlords again), the impact of that will hurt women more than men because they represent a smaller portion of the global workforce.

Advances in technology create new jobs too, but those jobs will require STEM education. That is where an educated population can set itself apart in the global economy and where women, in particular, can offset the coming… ahem robot apocalypse. The US Department of Education says that few American students pursue STEM fields, and women have a low participation rate in sectors that are expected to make up for future lost jobs.

Crazy HR story of the “fortnight”

A last minute addition to HR Intel comes from my esteemed colleague Beth Zoller. FOX 13 reports that a Florida man quit his job from Burger King and stole all of their chicken nuggets on the way out. The former frier had some choice words for his ex-employer, pretty much none of which can be re-published here.

In the last edition of HR Intel, we asked you how “Blue Sky” by The Allman Brothers Band is relevant to HR. Blue Sky is the group’s rarest track, having been played live for audiences only a handful of times. Sadly, it was one of the last songs ever recorded by Duane Allman, one of the founders of the band, before he was tragically killed in a motorcycle accident at age 24.

For HR, Blue Sky is doubly relevant. First, it was written by Dickey Betts, but about his Native American girlfriend, whom he later married. The song – as originally intended – was a declaration of love, but across racial boundaries, something which continues to resonate in a world where discrimination persists.

Second, given that it was both one of Duane Allman’s last songs and perhaps his best guitar solo, “Blue Sky” represents that one moment where everything is clicking. The whole band is together, everyone is in harmony and the music is at its very best. Those moments occur for HR as well – when retention and engagement are up and turnover and complaints are down – but they can be few and far between. When it happens, it’s best to just enjoy it. Oh, and Blue Sky is my favorite song, so I was determined to shoe-horn it into HR.

We leave you with “Take On Me” by Norwegian synthpop group A-ha.

Tell us how you think this song is relevant to HR in the comments section below.