Million Dollar Mistakes: Recent Wage and Hour Settlements Show What Not to Do 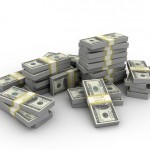 Remember Goofus and Gallant from Highlights for Children magazine? Gallant was always doing the right thing, putting his toys away and playing nice with others, while Goofus did the opposite. The idea was that you can learn a lot from others’ mistakes.

Well, a great new report from the law firm Seyfarth Shaw on workplace class action litigation offers up some million dollar mistakes to learn from with a round-up of some of the biggest wage and hour settlements of 2015.

1. Don’t Exert Too Much Control Over Independent Contractors

Among other things, FedEx reportedly dictated its drivers’ clothing “from their hats down to their shoes and socks”; set the times during which drivers could work; and regulated how and when drivers delivered packages. Independent contractor classification is highly complex and depends on the unique circumstances of each case, but the fundamental lesson here is clear: the more you control how independent contractors perform their work, the higher the risk of a lawsuit.

Meanwhile, Bank of America paid out $36 million to settle an overtime lawsuit filed by real estate appraisers who had been misclassified as exempt administrative and professional employees under the Fair Labor Standards Act (FLSA).

According to an account in WorkingRE magazine, Bank of America’s subsidiary LandSafe had set production quotas at some locations that were “generally unachievable in an eight- or nine-hour work day.” Although there is nothing inherently illegal in unreasonable production quotas, in the Bank of America case these quotas resulted in misclassified employees working more than 40 hours in a workweek – and likely contributed to the dissatisfaction that gave rise to the lawsuit in the first place.

3. Include Nondiscretionary Bonuses When Calculating Overtime

And finally, the Florida-based supermarket chain Publix paid out $30 million to settle a lawsuit filed by a group of managers and assistant managers who had claimed they were owed overtime. The FLSA requires that the rate of overtime pay must be based not just on hourly wages but also any nondiscretionary bonuses and shift premiums.

The plaintiffs had claimed that Publix did not include in the regular rate of pay a quarterly retail bonus, an annual contractual bonus, and premium pay of $1 per hour for hours worked on a Sunday or a holiday when calculating overtime.

What’s the biggest FLSA issue you’re concerned about in 2016? Let us know by leaving a comment below.