Roadmap for Handling Harassment Complaints When Perpetrator is Unknown 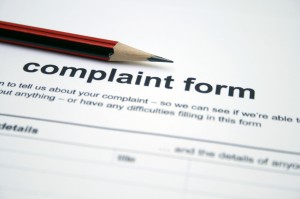 When it comes to a textbook case of workplace harassment, an employer’s job is generally straightforward – record the victim’s complaint; interview the victim, the alleged harasser and any potential witnesses; gather evidence; and implement interim measures to separate the victim and the alleged harasser. Then, impose any necessary discipline if harassment is confirmed.

However, in case of anonymous harassment with an unknown perpetrator, the employer’s job becomes much more challenging. Examples of such behavior include:

In the 2015 case of Pryor v. United Air Lines, the Richmond, Virginia-based 4th Circuit Court of Appeals held that an employer could be liable for an inadequate and “lukewarm” response to anonymous workplace harassment and racist death threats.

In order to address cases of harassment with an unknown perpetrator, an employer should follow these key tips:

Once on notice of harassment claims involving an unknown perpetrator, an employer should document the complaint and all subsequent steps it takes. Documenting these steps will be key evidence in proving the employer did everything in its power to remedy the situation. The employer also should assure the complainant that he or she will not suffer any retaliation as a result of bringing the complaint.

Promptly begin the investigation by gathering any evidence and documents (such as emails and screenshots of social media pages); instituting surveillance and monitoring of the workplace; plus photographing and recording any evidence of harassing conduct (such as graffiti or voicemails).

It’s also critical to interview the complainant as well as any supervisors, co-workers or eyewitnesses. In addition, the employer may want to consider collecting handwriting samples and performing a forensic analysis if needed.

Also, consider using an outside investigator who can function as a neutral third party to conduct the investigation. And whatever steps it takes during the investigation, it’s important for the employer to document them all.

The employer should make sure to alert the authorities and bring law enforcement in if needed to assist with background checks and help aid in the investigation. Law enforcement may also be able to assist by increasing security measures and police presence outside the workplace and in surrounding areas.

4. Increase Safety in the Workplace

How an organization responds is crucial in cases of anonymous harassment to show that the employer took all steps to address the complaint, including increasing security in the workplace and strengthening security procedures if necessary. To do so, an employer may consider:

• Installing safety locks and gates;
• Upgrading lighting in the workplace and in the parking lot;
• Instituting workplace surveillance by supervisors, cameras or other monitoring devices; or
• Seeking input from outside security experts.

Frequent communication with the complainant is critical as this will show that the employer takes the harassment seriously and is attempting to do everything in its power to address it and prevent it from recurring. Whether there is employer liability will likely hinge on the reasonableness of the employer’s response.

That’s why an organization must be able to demonstrate that it took all possible steps to end and prevent future acts of harassment, even if it ultimately was unable to identify the harasser.

Once an incident of alleged harassment has been reported, the employer should take this opportunity to review its workplace harassment training with all employees and supervisors. This includes explaining what constitutes acceptable and unacceptable workplace conduct as well as reviewing complaint procedures.

Finally, the employer should consider setting up a hotline for employees to report future instances of harassment if it does not already have one.