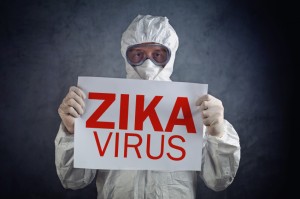 Now that the Zika virus has made its way up from South and Central America, HR professionals and business owners in the United States need to start paying attention. While the virus is not as severe as Ebola in terms of its immediate risk of death, Zika’s impact will be felt throughout American businesses, particularly those operating in mosquito-friendly climates and whose employees must travel into Zika-affected areas.

Florida has already declared a Public Health Emergency and has about 16 cases of the virus state-wide, all of which are travel-related. More states likely will follow suit as the weather warms up and the virus continues to spread via the aedes aegypti mosquito, travel and sexual transmission.  President Obama has asked Congress for $1.8 billion to halt the spread of the virus, which will be used for mosquito control, vaccine research and enhanced medical care for pregnant women.

Beyond the public health concerns, HR professionals and business owners should be on the lookout for a number of issues that could grow more severe in the wake of the Zika crisis:

Note:  the Occupational Safety and Health Act may not afford employees the opportunity to legally refuse the work as the virus likely does not represent an “immediate risk of death or serious injury.”

Rather than wait for the virus to spread, HR professionals and employers can take action now to better prepare themselves and their employees for what’s to come. Employees would benefit from a policy on handling of infectious diseases in the workplace, together with training on how to deal with an employee who has contracted an infectious disease.

Employers: embrace millennial culture… or else!

In the next four years, employers and HR professionals will experience something that has never happened before: five separate generations of workers will be in the workplace simultaneously. If you thought the Baby Boomers and Millennials have trouble communicating, just wait until the Traditionalists meet Gen 2020!

Like it or not, the companies that are successful in the future will be the ones that compete for the best talent today, even if that means (shudder) catering to millennial culture. That means more flexible working arrangements, enhanced paid sick leave and parental leave benefits and a clearer connection between performance, rewards, benefits and pay.

Along those lines, a recent Talent Management Rewards Pulse Survey found that only 32% of HR executives said their merit pay program was effective in differentiating pay based on performance. Meanwhile, only 20% of executives found their existing merit pay systems to be effective at driving higher levels of individual performance and only 26% said their managers and employees are satisfied with the performance rating process. There is tremendous opportunity for change and improvement there, starting with an overhaul of the performance management system and training supervisors on the unique challenges of managing several generations at once.

While Yahoo goes through the painful process of shedding 15% of its workforce, the beleaguered Internet behemoth is also facing a lawsuit that claims its employee performance and ranking system was rigged to beat the Worker Adjustment and Retraining Notification (WARN) Act. Specifically, the suit accuses Yahoo of using a “forced ranking” system – sort of a bell-curve for HR – that forced certain percentages of the workforce into performance “buckets” that (allegedly) didn’t paint an accurate picture of performance.

The suit also claims that the ranking system enabled Yahoo to terminate employees for “cause,” rather than label terminations as “layoffs,” the latter of which may have triggered both the federal WARN Act and California’s counterpart “mini-WARN” legislation, requiring the company to provide advance notice of layoffs to employees and to compensate them during the notice period.

Wal-Mart got slammed by a huge $31 million verdict due to a trifecta of claims for discrimination, retaliation and wrongful termination brought by a fired pharmacist. The retail giant allegedly ignored repeated warnings from the employee that patients were getting prescriptions filled improperly due to lack of training and management. After receiving the warnings, Wal-Mart then terminated the pharmacist, explaining that the termination decision was made after the pharmacist misplaced her key to the pharmacy. Wal-Mart (allegedly) retained a male pharmacist who had similarly misplaced his key.

Is your company website accessible to the legally blind? If not, it may violate Title III of the Americans with Disabilities Act (ADA), which requires reasonable modifications made to corporate communications to account for disabilities. The Department of Justices (DOJ) is ramping up efforts to target employers with websites that are inaccessible and plaintiffs’ attorneys smell blood in the water, meaning they are targeting employers with letters and phone calls threatening litigation.

At least one employer isn’t going to take it, however. Oklahoma-based Mazzio’s Italian Eatery preemptively sued a plaintiff’s attorney who had sent threatening letters to the business regarding ADA violations, claiming that the letters essentially amount to blackmail and fraud.

No, not “Goodfellas” protection. This is legal protection in the form of their very own (eponymous) piece of legislation called the Grocery Workers Retention Act. The law will go into effect in May 2016, and it will require successor employers of grocery workers (companies that merge with or acquire existing grocery businesses) to retain all existing workers for 90 days. The law will also require successor employers to author written performance reviews of all existing employees and retain the records for three years. The companies are not obligated to retain the workers after the 90-day period.

In the last edition of HR Intel we asked you how “Take on Me” by A-ha is relevant to HR. Take on Me is (in addition to being one of the signature 80s songs) a study in perseverance and adaptability. The version of the song that we all know and love was (by several accounts) the fifth or sixth version of the song released by the band, meaning the song went through several rewrites, remixes, producers and managers before the final product was revealed to the world. The lesson there for HR is to stay focused if things don’t go your way. A minor tweak here and there and you could have yourself a hit.

As to how you might avoid becoming a one-hit wonder, that’s another idea for another column.

We leave you with “The Big Payback” by James Brown.