HR Intel: What Apple’s Fight with the Feds Means for Employers 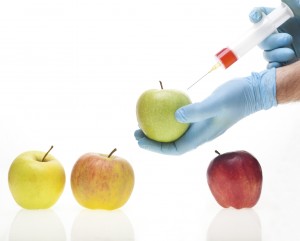 As Apple continues its slugfest with the federal government over access to the San Bernardino shooter’s iPhone (the Department of Justice now wants Apple to decrypt 12 additional iPhones for unrelated, non-terror-related crimes), employers and HR professionals should closely monitor the developments as the resolution will have huge implications for the modern workplace.

Given that the modern workforce is increasingly relying on smartphone access to sensitive corporate email and data, perhaps the rules need to be re-written as to who can access what, from where, for how long, with what permissions and with what storage.

From the beginning, the shooter’s employer made things more difficult for itself and the authorities in terms of its administration and handling of a corporate-owned smartphone. First, it enabled the shooter to set his own personal alphanumeric passcode, which is quite common for employer-provided smartphones. But in the 21st century, it’s simply not the best way to protect corporate interests.

By allowing the end user to set a passcode, the employer essentially prevents itself (and the authorities) from ever getting into the phone without the user’s permission. This is a nice feature for personal privacy, of course, but it completely undermines corporate data security and, in some cases, public safety.

The solution here is to require fingerprint access to employer-provided devices which would let the authorities get into the device as a matter of course because fingerprints can be compelled by a court, but disclosure of alphanumeric passcodes cannot. This would also provide employers with a better chance to recover data stored on the device without having to conduct a “remote wipe” of the device’s contents, something an employer might do if an employee-owned device with sensitive corporate data is compromised.

The second error committed by San Bernardino County was an attempt to remotely reset the passcode of the shooter’s smartphone without first contacting the authorities. According to Apple, this action prevented the phone from backing up its data to the cloud, thereby ensuring that the sole copy of relevant data for the ensuing criminal investigation would be locked behind the deceased shooter’s undecipherable passcode. The obvious solution here is to proceed with caution when employees are alleged to be involved in criminal activity. Don’t take any action without an understanding of the technological implications and, in some cases, the input of an attorney.

Another tragedy, another reminder for active shooter response training

As HR professionals are well aware, even the most comprehensive training and due diligence cannot prevent every incident. The mass-shooting in Kalamazoo, Michigan is, sadly, an example of why both prevention and response are critical skills for business owners, employers and HR professionals.

In this case, the shooter did not have any mental health or criminal history that may have alerted his employer – Uber – of a potential incident. Nevertheless, background checks and preemployment screening remain a hallmark of prudent recruiting practices. Thus, the focus should turn to response, creating an Emergency Action Plan (EAP) and training employees on what exactly to do when the protocol goes into effect. That includes conducting drills with employees to test their readiness, much in the same way we’ve all experienced fire drills dating back to grammar school. It’s a new (heavily-armed) world and workplace training should evolve accordingly.

Can I get a Lyft?

We’ve told you about Uber’s ongoing legal battles over employee classification, so we don’t want to leave out Lyft, which is battling a class action misclassification lawsuit of its own in California. The parties have agreed to a $12-million settlement, but a federal judge put the kibosh on the deal, informing the parties that the settlement actually undermines the point of the lawsuit by leaving the aggrieved individuals remaining as contractors as opposed to employees.

Tip-earning workers of Delmonico’s steakhouses in the “capital region” of New York State are suing for minimum wage and overtime violations, claiming their employer forced them to complete non tip-earning tasks which reduced their hourly wages below the legally required threshold. Minimum wage for workers who earn tips in New York is $7.50 per hour, whereas the statewide minimum wage is $9 per hour meaning base pay + tips for all tip-earning workers must be equal to or above $9 per hour. The lawsuit comes against the backdrop of attempts by Governor Cuomo to raise the statewide minimum wage to $15 per hour, a benchmark that will be reached by fast food workers in the state by 2021.

Oregon’s legislature passed a first-of-its-kind minimum wage bill that adjusts the wage based on regions within the state as opposed to specific municipalities or counties. Minimum wages will also be raised every July 1 for the next seven years, after which it will be adjusted for inflation. Portland and its immediate surroundings will see the largest increase in wages whereas areas designated as “rural” will have lower minimum wages to reflect demographics and cost of living.

The (alleged) harasser strikes back

There’s something of a trend developing here. In the last edition of HR Intel we reported that an Oklahoma-based restaurant preemptively sued a plaintiffs’ attorney for blackmail and fraud connected with alleged Americans with Disabilities Act violations. Now, the former CEO of Waffle House – currently being sued for sexual harassment by his former housekeeper – has turned around and sued his accuser’s attorneys for (allegedly) attempting to extort him. It’s certainly a novel approach but it bears watching as the volume of employment lawsuits continues to inundate the court system.

Can’t we all just get along?

A millennial Yelp employee wrote an “open letter” Yelp’s CEO complaining about low pay. Yelp then fired her for violating the company’s “Terms of Conduct.” Yelp has been pretty tight-lipped about the case, besides to acknowledge that the cost of living in San Francisco – where the employee worked – is pretty high. As to the best way to go about asking for a raise or responding to an employee’s request for one – I think we can all agree that this isn’t it.

Seems pretty obvious but… if you post vacation photos to Facebook while you’re supposed to be out nursing a broken leg on FMLA leave, your employer is not going to be happy. Accentia Health and Rehab Center of Tampa Bay fired an employee for doing just that, saying that he needed to show better judgment as a supervisor. The employee is now suing for interference with FMLA rights.

The top work-related “autocompletes” for people who search on Google are…not good news for employers. My workplace is… “unsafe.” My workmates… “don’t like me.” My job is… “boring.” My job is… “killing me.” My boss… “hates me.” Gee, tell us how you really feel.

In the last edition of HR Intel, we asked you how “The Big Payback” by James Brown is relevant to HR. Our past HR-related songs have provided some positive guidance about what to do regarding challenges in the workplace, but Brown’s funk revenge song is a course in what not to do in the workplace. Seeking vengeance against a colleague who has “betrayed” you might seem a bit melodramatic for the workplace, but it is extremely relevant when it comes to retaliation claims stemming from things like claims for leave, reports of unsafe working conditions or crimes being committed in the workplace.

We leave you with “Hello” by Adelle.