Paid Sick Leave Laws Continue to Spread Across US 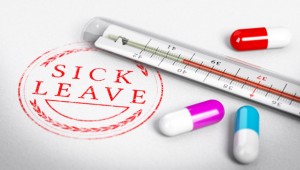 The rapid rise of paid sick leave laws continues to be one of the most significant trends affecting employers today. While there are no federal requirements for private employers to provide paid sick leave, a number of states and municipalities have passed laws to expand employee rights in this area. So what’s a multistate employer to do to keep up with these changes?

California, Connecticut and Massachusetts are among the states mandating paid sick time while some of the nation’s biggest cities have passed similar requirements, including:

Littler Mendelson employment attorneys Pam Salgado and Mark Phillis addressed the spate of paid sick leave laws, on a recent XpertHR podcast and webinar, describing them as a trend that’s sure to continue. “Pandora’s Box is already open,” said Phillis. “The number of paid sick leave ordinances out there and the specific requirements in each of them create quite a headache for multistate employers in trying to comply.”

Salgado notes that while employers quite often say they would like to draft a universal policy, some cities such as Seattle and San Francisco have ordinances that are simply too different for that to be an effective approach.

She adds that employers often get tripped up on implementation issues, such as how much notice an individual has to give and at what point you can ask for medical certification.

But an equally important issue, according to Salgado, involves training. “Part of the planning process is thinking through what kind of resources are we giving our managers and supervisors so they get the details right,” says Salgado. “It’s no good to give enough sick leave if workers aren’t allowed to use it.”

Meanwhile, Phillis cautions employers to be aware that some of the new laws expand paid sick leave to part-time employees who did not previously have it. With the explosion of these paid sick leave laws unlikely to stop any time soon, he points out the importance of having a resource to track these new measures.

Meanwhile, on the federal level, President Obama signed an Executive Order last year requiring federal contractors and subcontractors to provide paid sick leave starting January 1, 2017. Salgado notes that while the order will apply to new contracts beginning next year, it will not apply to already-existing contracts, providing some good news for employers.