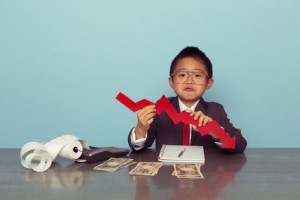 A regular round up of news, legal trends and workplace developments to help keep HR ahead of the curve.

The job market is stuck in a rut and it’s not because of people clamoring for jobs. In fact, it’s the recruiters and HR professionals that are clamoring for applicants.

The unemployment rate is currently 4.7%, which is the lowest it has been since November 2007. That’s a good thing, right? Not so fast. The Labor Force Participation Rate (individuals between the age of 16 and retirement age who are actively looking for work or who are currently employed) is hovering around an all-time low of 62%. This is part of the reason why that unemployment number can be a bit misleading or incomplete.

In addition to that, the job growth rate is actually slowing down. This metric measures the number of jobs the economy adds on a monthly basis and has a direct relationship with GDP growth. When job growth increases, GDP goes up. When job growth falls, GDP falls with it. Since March, the economy has added about 116,000 jobs per month compared to last year’s pace of about 229,000 jobs per month, a glaring difference in economic activity. Hiring is down as well over the same period of time.

If the economy were a vehicle, this would be like slamming on the brakes.

One potential reason for the job growth slowdown is the fact that there are so many jobs available that nobody seems to want. There are currently about 5.8 million jobs out there that are considered available but without qualified applicants to fill them. That is the highest number of available, but unclaimed jobs since the year 2000 when the Bureau of Labor Statistics started measuring this phenomenon.

There are two forces at work here – the lack of technical qualifications in the American labor force, which would enable US applicants to get desirable, high-paying jobs, and the lack of interest in low-paying, entry-level jobs in industries like retail and service. To complicate matters even further, the former overlaps with the immigration debate (H1-B visas and such) and the latter overlaps with the minimum wage and overtime debates. Dramatic changes in the FLSA are another example of the response to those low-paying jobs that nobody wants.

Making matters worse for employers is the fact that recent college graduates or “millennials” at large are not equipped with necessary skills when they enter the workforce. A lot of the criticism is directed at “Common Core” standards in public schools, which employers believe don’t provide students with skills necessary for success like basic conscientiousness or interpersonal skills. Despite that, the jobless rate for individuals with a Bachelor’s degree or better is 2.5%, also an historic low. Layoffs are down as well.  There were “only” about 30,000 layoffs in May, compared to about double as many (64,000) in April.

The conclusion? The job market is a stagnant pool of murky water. Nobody can tell you what it all really means, but there are some short term, safe assumptions to make:

The good news is that HR is in the driver’s seat when it comes to fixing economic engine trouble, at least on a micro-economic basis. If qualified applicants are hard to find, expand your recruiting horizons, have a candid discussion with recruiters or staffing agencies that screen your applicants and (gasp!) maybe even adjust your standards to get more applicants in the door for interviews.

Holding on to marginal employees longer means they could “infect” the rest of your staff with negativity or poor habits, so keep a close eye on performance and morale while you recruit. If you have to get more out of your existing staff, equip them with the right tools to be efficient, open the lines of communication to ensure they’re not too over-worked and get creative when it comes to compensation and incentivizing better performance.

And if you’ve tried everything to fill that open job that you desperately need to fill, and the only applicants you’ve seen make you want to cry? Well, maybe the pay is just too darn low.

Think Inside the Box

Maybe Ban the Box should be banned? That’s the conclusion that two separate studies have reached about the efficacy of so-called “ban the box” legislation around the country. These laws were intended to protect people with criminal histories from discrimination in the application process, but it turns out that if employers can’t ask about criminal history early on, they just avoid the people who they think have a criminal history. Sadly, that has a discriminatory impact on African Americans and Hispanics and means that lots of employers are violating Title VII. Back to the drawing board?

Does your data analytics suffer from the “recency bias”? One of the consequences of the surge in data analytics is that past business performance will become less and less relevant toward projecting the future. But that doesn’t necessarily mean that the past is irrelevant. It just means it won’t be considered as much because there’s not enough data available about it. The more data you collect now and into the future, the more the recent data will drown out the old data and thus, skew your understanding of historical performance. Careful what (data) you wish for.

The Microsoft-LinkedIn merger deal is an example of Microsoft “reasserting its muscle,” but there are lots of questions around the valuation Microsoft paid for LinkedIn and the future of the LinkedIn service. After all, recent Microsoft acquisitions like Skype, Yammer, Nokia and Sharepoint have been plagued with issues. The merger leaves LinkedIn CEO Jeff Weiner in place, and is viewed as a means to prevent an exodus of employees from LinkedIn, which relies heavily on stock compensation to reward employees, but which saw a dramatic drop in its stock price this past February.

The EEOC has fined interstate trucking firm New Prime Trucking $3.1 million after it discriminated against female job applicants by requiring all of them to be screened by female employees. It’s hard to imagine what New Prime was thinking here, but they’ll have to think about it for quite a while as not only do they have to pay the fine, but they have to make job offers to some of the individuals who were unfairly screened based on gender. Awkward…

The most hated business phrases of 2016 include soul-sucking terms like “ideation,” “mission critical” and “deep dive.” But to truly leverage synergy, you’ll want to become a growth hacker and look beyond the low hanging fruit to achieve those strategic goals. Seriously though, that entire last sentence could’ve been written by a robot.

San Francisco passed a regulation requiring employers to cover the difference between the state’s paid family leave (PFL) program and the employee’s typical gross weekly wage for a period of six weeks following the birth or adoption of a child or the placement of a foster child. Beginning January 1, 2017, all employers in the city with 50 or more employees will be bound by the new law and coverage expands to employees with 35 and 20 employees in July 2017 and January 2018, respectively.

In the last edition of HR Intel we asked you how “Burn the Witch” by Radiohead is related to HR. This song is about scapegoating people who are perceived as to blame for vague problems. The music video is actually a stop-motion retelling of the 1973 British horror classic, “The Wicker Man,” in which a remote island community (spoiler alert!!) lures a man to their community in order to sacrifice him to appease their God.

Believe it or not, this stuff happens on a smaller scale as well in the modern business setting when people are perceived as problematic in the absence of clear supporting information. Always remember to examine not only people but the systems and processes in which they operate if you want the full story.

We leave you with “Survivor” by Destiny’s Child. Tell us how you think this song is related to HR in the comments section below.