Active Shooter Situations: What Employers Can Do Before It’s Too Late 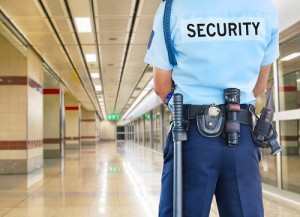 While last month’s massacre at Orlando’s Pulse nightclub shook the nation to its core, active shooter situations have become all too common in recent years. As also shown by the San Bernardino office holiday party rampage and other examples, this is an issue HR simply cannot afford to ignore.

Former Secret Service agent Matt Doherty is now a workplace violence prevention expert for Hillard Heintze, a security risk management company, where he serves as senior vice president. On a recent XpertHR podcast, Doherty joined me to discuss steps an employer can take to prevent or at least mitigate an active shooter situation before it occurs.

Contrary to popular belief, Doherty says of these shootings, “It has very rarely been a sudden impulsive act. By and large there were warning signs in almost every single instance.”

Doherty explains that employees can help in this regard, “We’ve seen in the media where a coworker says we knew he was going to snap,” he says. “The 2013 Navy Yard shooting in Washington, DC, that was a known, troubled employee who concerned many, many coworkers.”

Such examples lead Doherty to stress the importance for employers of creating open lines of communication. Whether reporting anonymously, to HR, to a security director or a first-line supervisor, Doherty says that is the first place to start in helping to prevent these situations from occurring. But that’s not all. Other tips include:

“A lot of those security fundamentals reside in HR and security departments,” adds Doherty. While hindsight is 20-20, he notes there have been several examples where an employer could have handled a termination with more dignity.

As an example, he points to the 2015 Roanoke, Virginia murders on live television of a TV reporter and cameraman. The shooter was a former coworker who police had escorted out of the building in public. “I’m not defending his actions by any means,” says Doherty, “but there are sensitive things you can do with a termination. Anybody who has been terminated, that’s the lowest point of self-esteem probably in their lives, and you have to treat it as such.”

A growing security threat involves the rise of radical violent extremism, as evidenced in both Orlando and San Bernardino. In today’s climate, though, there can almost be a danger of employees over-reporting Muslim coworkers as security risks.

According to Doherty, the biggest mistake anyone can make is to segregate the Muslim community. Almost on an annual basis, Doherty notes the FBI has reported that dozens of terrorist attacks have been prevented by law-abiding Muslim citizens turning in fellow Muslims that are showing signs of violent extremism.

“They are on the front lines of seeing those in their community who could be dangerous,” Doherty says. “It’s a shame they are being stigmatized.” A critically-important step, he notes, is to encourage people to come forward without repercussions.

“It’s just like the post-Columbine school shooting environment,” Doherty explains. “When you and I were in school, telling on a student was not part of the culture. Well it is now. And look at all the potential school shootings that were prevented because fellow students reported their concerns to the appropriate authorities.”

Fortunately, there are areas where companies can do more to reduce their risks and keep their employees safe in preparing for an active shooter situation. For instance, Doherty notes that while most employers conduct background screenings of job applicants upon being hired, that’s as far as they go.

“We are firm believers in recurring background screening,” says Doherty. “There may be an instance where a long-term employee has been arrested and convicted for violent assaults and batteries unbeknownst to the employer.”

Doherty also pointed to other proactive steps that HR can take, including:

For more insights and practical tips from Doherty, listen to this recent XpertHR podcast. My colleague Melissa Boyce also details steps employers can take to effectively prepare for an active shooter event.