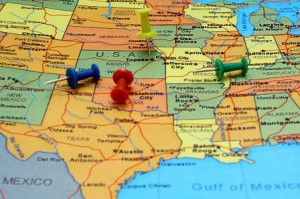 With various employment-related ordinances, such as minimum wage and paid sick leave laws trending on a local level, employers are probably wondering, is my city next?  Maybe, maybe not.

While local employment laws may be on the rise, state laws preempting these local measures are on the upswing as well. These preemption laws run the gamut, including:

Some states have passed preemption laws covering multiple employment issues. For instance, Michigan passed what is known as the “Death Star” bill, prohibiting local governments from adopting, enforcing or administering an ordinance, local policy or resolution on essentially all employment-related issues (e.g., minimum wage, labor, ban the box, paid or unpaid leave and benefits) with the exception of discrimination. This law applies to any local ordinances, policies and resolutions adopted after December 31, 2014.

While most state laws are not as encompassing, other states are actively passing preemption laws to reign in local governments from passing broader employment-related laws. Here are four examples of recent state preemption laws:

In February, Alabama passed the Uniform Minimum Wage and Right-to-Work Act. Under that law, counties, municipalities and any other political subdivisions are preempted from passing any ordinance or policy requiring an employer to provide a minimum wage that is not required by state or federal law.

Since Alabama does not have a state minimum wage law – this preemption measure dealt a major blow to workers in Birmingham who were eager to reap the benefits of Birmingham’s ordinance and earn more than the federal minimum wage. This law is currently being challenged.

Alabama is in good company with several of its neighboring states that also prevent local governments from passing minimum wage ordinances, including:

Most notably, North Carolina made nationwide headlines with HB2, also known as the “bathroom law”. That law preempts local and municipal governments from adopting any ordinances expanding an employer’s requirements under state law regarding the compensation of employees or employee discrimination protections. This preemption provision blocked a Charlotte city ordinance that would have provided protections to transgender individuals who use public restrooms based on their gender identity. The North Carolina General Assembly did vote to restore workers’ rights to file a court claim for wrongful termination. However, it does not provide any workplace protections based on sexual orientation or gender identity. The US Justice Department has filed an action challenging the law.

Because there is no federal paid sick leave law covering private employees, a handful of states and numerous localities have taken matters into their own hands.

Last year, Oregon enacted a paid sick leave law, which took effect January 1, 2016. This law, among other things, prohibits local governments within Oregon from creating their own sick leave requirements for private employers. As a result, Portland’s Sick Time Ordinance and Eugene’s Sick Leave Ordinance were no longer valid, and employers in those cities had to begin complying with the state law. Oregon is not alone. There are several other states that prevent municipalities from enacting leave laws, including:

These laws span several different forms of leave from paid or unpaid leave to sick leave to parental leave to family or medical leave.

Several states and municipalities have adopted “ban the box” laws, which require an employer to remove the box from job applications that asks applicants if they have been convicted of a crime. New Jersey’s Opportunity to Compete Act (Act) became effective March 1, 2015, and prohibits an employer from making any oral or written inquiry about an applicant’s criminal record during the initial employment application process. The Act also preempts any ordinance, resolution, law, rule or regulation adopted by the governing body of a county or municipality prior to March 1, 2015 regarding criminal histories in the employment context, except for ordinances adopted to regulate municipal operations. As a result, the law preempted Newark’s much broader ban the box ordinance.

Although Mississippi does not have a state “ban the box” law, it did pass a law prohibiting municipalities from adopting an ordinance that in any way interferes with an employer’s ability to become fully informed about the background of an employee or potential employee for the purpose of creating or maintaining a fair, secure, safe and productive workplace.

Not sure if your state has a preemption law on an employment-related issue? Look no further–check out XpertHR’s new Chart, which gathers all of this information for you in one place.