HR Intel: Crisis for Chipotle? HR to the Rescue! 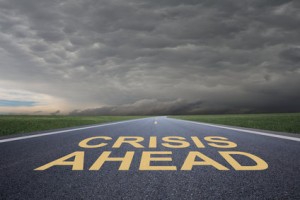 About six weeks ago, we covered some of Chipotle’s HR trials and tribulations, including a class action lawsuit filed by 10,000 workers claiming wage theft and the NLRB attacking provisions of the Chipotle employee handbook. Turns out, that was only the tip of the HR iceberg.

I visited a Chipotle last week near the XpertHR US headquarters around 12:30 p.m. on a weekday and I saw something truly shocking: hardly anyone was there for lunch. You see, this particular Chipotle was regularly stuffed like a burrito during lunch time, requiring remarkable speed by the workers to keep the line from spilling out onto the street. I hadn’t visited this location since before the E. coli and norovirus scares earlier this year, so the contrast between pre-scare and post-scare Chipotle was pretty jarring.

So out of morbid curiosity (and after enjoying a bacteria-free burrito bowl), I dug a little deeper to figure out what went wrong and more importantly, how HR is playing a crucial role in trying to resurrect the once-powerful fresh food fanatics.

Of course, it all starts with the aforementioned consumer health scares, which collectively sickened dozens of Chipotle diners in eight different states. In the grand scheme of things, there have been greater food scares in the past which did seemingly minor damage to the involved brands compared to Chipotle’s fate. Once a powerhouse in the stock market, Chipotle has lost about 45% of its valuation in the last 12 months. That’s the kind of thing that makes the C suite sit up and take notice. And what they came up with was nothing short of an HR revolution.

Prior to the outbreaks, Chipotle regularly employed $10 per hour workers at its 2,000+ locations around the country, expecting them to both handle raw chicken and dice fresh tomatoes, thereby essentially trusting them with the health of millions of customers. Suffice to say, Chipotle has always struggled with the motivation of these low-wage workers, demonstrated by its incomprehensible annual turnover rate of 130%. So rather than take chances with customer health, Chipotle has now pivoted to using highly-trained chefs and food handlers at “central” kitchens, where the bulk of ingredients are inspected, prepared and distributed. As you can imagine, this is a huge departure from Chipotle’s prior recruiting and hiring strategy.

Not only is the company hiring different employees, but it now also provides enhanced training to all employees and requires store managers to run daily food safety checks. To accomplish the latter, Chipotle HR worked hand-in-hand with in house counsel to develop workable food safety checklists.

As you may imagine, employee response to all of this hasn’t been enthusiastic. The strategy to move toward central kitchens (they no longer dice tomatoes at individual stores, for example), has resulted in fewer low-wage workers at stores, fewer hours to go around and a lot less overtime for anyone who used to get it in the pre-food scare days. And most importantly, the abrupt shift in Chipotle’s strategy has suggested an existential question for Chipotle and its customers: if more of Chipotle’s food is pre-prepared at central kitchens rather than on-site, undermining the “fresh” and “local ingredients” mantras that built Chipotle’s brand up to begin with, is it really that much different than Taco Bell?

The NLRB ruled that Northwestern University must eliminate unlawful rules restricting athletes’ ability to post on Social Media or openly discuss issues like health and safety. This is part of ongoing efforts by student athletes at Northwestern to unionize and while this ruling in particular doesn’t quite open that door, it does extend some employee-type protections to student athletes. Oh, and the NLRB actually referred to the student-athletes as “employees” within the decision, which could be a harbinger of bad things to come for the NCAA.

According to the 8th Circuit Court of Appeals, a trucking firm was within its rights to require an employee with a body mass index of 35 or above to submit to a sleep apnea test. Because this condition could cause truck drivers to become sleepy during work hours, the court found this test to be a legitimate medical test. Thus, the company was within its rights to suspend the employee when he refused to take the examination.

The Harvard dining hall workers strike is finally over. Harvard caved on paying the workers their asking price: a $35,000 annual salary that represents one millionth of Harvard’s $35 billion endowment. Things had escalated quite a bit toward the end of the strike, with more and more Harvard students joining the ranks of the dining hall workers and some arrests being made when protesters blocked the streets of Harvard Square.

And those dining hall workers may be onto something. A survey by Occidental College indicates that about 70% of the University of California’s full-time administrative workers experienced “food insecurity,” defined as limited or uncertain access to three meals per day. The hourly median wage for this pool of employees is $22.65 but you have to wonder how far that goes in places like Los Angeles and Berkeley.

Completing a merger or acquisition is difficult, but imagine how much harder it could be if some of the affected employees were unionized. That was the scenario in 2013 when US Airways and American Airlines merged. According to new research by ProPublica, US Airways executives were able to win support of employee unions by promising better contracts for pilots, flight attendants and mechanics. This was notable because organized labor typically bristles at the ideas of mergers or acquisitions as strategic concepts like “efficiency” commonly translate to the loss of jobs for unionized workers.

And right on cue, some American Airlines pilots are revolting against the longest-tenured pilot union, the Allied Pilots Association (APA), claiming that peers with other airlines were able to secure more lucrative contracts and benefits through via their association with other unions. Pilots also cite the 22-member board controlling the union, which makes it difficult to achieve consensus.

Wal-Mart has hiked the minimum annual salary for store managers from $45,000 to $48,500 in preparation for the December 1st implementation of the DOL’s new overtime rule. Wal-Mart had some success with pay increases for workers last year prior to the holiday season, as higher paid workers translated to better customer service, cleaner stores and ultimately, higher profits.

Not to be left out of the hiring bonanzas by UPS and FedEx, Amazon is hiring 120,000 workers for the holiday season, most of whom will work in its gargantuan distribution centers. Among the skills required are deft box-handling skills and familiarity with the aerodynamics of packing bubbles.

The EEOC doesn’t seem overly enthused by the new age of data analytics. The employee watchdog agency recently held a hearing to determine what (if any) role it would play in policing this type of activity. The concern stems from what the EEOC describes as an inevitable infection of human bias into algorithms which may look impartial. However, because the formulas to drive algorithms are built by humans, with inherent, unconscious biases, the EEOC is concerned about the potential for disparate impact discrimination. It remains to be seen what, if any, action it will take.

The EEOC also is also very concerned about the “gig economy,” which it has targeted as part of its strategic enforcement plan for 2017. Not to be outdone, the DOL is also conducting a study around the gig economy in an attempt to gain insight on the size of the worker pool that could be affected by wage and hour violations. To accomplish that, the DOL is resurrecting the Contingent Worker Supplement survey, which hasn’t been distributed since 2005.

In the last edition of HR Intel, we asked you how “Get By” by Talib Kweli is related to HR. To me, this song really speaks to the idea of relatability. It encourages the listener to view the world through the eyes of others, making their struggles to make ends meet seem more personal and less distant. Everyone struggles to “get by” in one way or another, so trivializing the struggles of other people, no matter how insignificant they may seem, only detracts from your ability to relate. As HR professionals, relating to your employee is a crucial way to understand what makes them tick, why they act the way they do, and how you can plant the seeds for better performance.

We leave you with “When the Levee Breaks” by Led Zeppelin.