Host of New Employment Laws Ring in the New Year 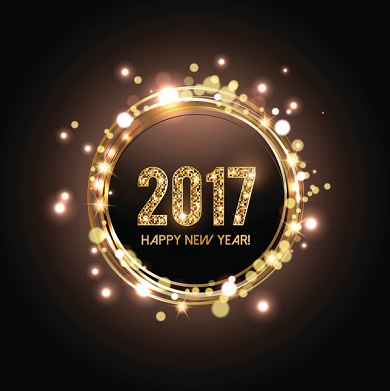 Deregulation may be in the air at the federal level, but that’s certainly not the case in many states. As the calendar turned to 2017, a host of new state employment laws took effect which go well beyond federal requirements. And some big cities went even further, especially with their minimum wage rates.

So here’s what you need to know to ensure compliance in the new year.

The federal minimum wage has been fixed at $7.25 since 2009 and is unlikely to change with the incoming Congress. But 19 states had minimum wage hikes take effect on January 1, a trend that was far from limited to the Northeast and West Coast. The result is pay increases effective immediately for millions of Americans across the following states:

Meanwhile, Maryland, Oregon and Washington, DC, will be implementing minimum wage increases on July 1. In addition, employers doing business in New York City, San Diego, Seattle and several other cities should be aware of wage hikes in those locales, some of which are up to $15 per hour.

President Obama has extended the federal E-Verify program, at least temporarily, through April 28, 2017. E-Verify allows participating employers to electronically verify the information provided by employees on the Form I-9. It’s expected there will be a push in the new Congress to make use of the E-Verify system mandatory, as is already the case in several southern states.

At the state level, a pair of E-Verify related laws took effect on January 1 that are polar opposites. In Tennessee, private employers with 50 or more employees must now use the federal E-Verify system to confirm the work eligibility status of employees hired on or after January 1. Employers that fail to comply are subject to significant penalties. Businesses with 6 to 49 employees also face requirements to verify the status of newly-hired employees.

But California has taken a different tack. A new Golden State law, SB 1001, bans employers from requiring additional or other documents beyond what is required under the I-9 process. It also prohibits employers from attempting to reinvestigate or reverify employment status. The state views such actions as an unfair labor practice that unfairly targets immigrant workers. And, noncompliant employers may be subject to a $10,000 penalty.

This comes on the heels of a one-year-old state law that prohibits California employers from using E-Verify for current employees and applicants in a manner not prescribed by federal law.

Ban the Box Laws Remain on the Rise

Also effective January 1, Connecticut employers must take note of a new law barring them from asking criminal history questions on job applications. The state already banned public employers from making such inquiries on an initial application, but the new law extends the ban to private employers. However, businesses may still conduct background checks or make criminal history inquiries later in the hiring process.

And in a few short weeks, Los Angeles employers will face a “ban the box” law that goes even further. Effective January 22, a new ordinance will prohibit any employer in the city with 10 or more employees from asking about a prospective employee’s criminal history until it makes a conditional employment offer.

In addition to Los Angeles, many of the nation’s biggest cities have broad prohibitions on criminal history questions early in the hiring process, including:

A historic new paid sick leave law has taken effect. Effective January 1, San Francisco will require employers to offer six weeks of fully paid parental leave to new parents. The ordinance applies to both same-sex and opposite-sex couples and is the most comprehensive paid sick leave law to date in the US.

California is one of the few states to offer partially paid family leave but the San Francisco measure goes further. It will be phased in to give smaller employers more time to comply. The law’s effective dates are as follows:

At the state level effective January 1, the Illinois Employee Sick Leave Act (ESLA) requires an employer that offers personal sick leave benefits to allow employees to use the leave for a family member’s illness, injury or medical appointment on the same terms that the employee may use the leave for his or her own illness or injury.

There has been a lot of activity recently in the sick leave arena, particularly at the municipal level, so the issue continues to bear watching throughout 2017.