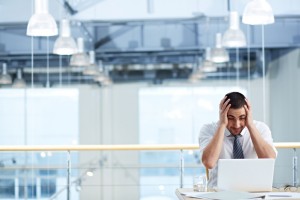 Every now and then a news story pops up illustrating the importance of aligning corporate, HR and PR strategies. These stories are often largely negative, painting companies in a bad light while we play Monday morning quarterback. The blood and guts of HR, if you will, on display for our educational benefit.

In 2011, the story was the termination of Scott Bartosiewicz, a social media contractor for Chrysler, who (humorously) tweeted out his disdain for Detroit drivers while accidentally using Chrysler’s Twitter account. In 2013, it was the termination of “developer evangelist” Adria Richards after she publicly complained about inappropriate sexual jokes at a Silicon Valley tech conference. Last year, the story was Chipotle’s mishandling of personnel and widespread wage and hour litigation, connected to safety concerns and a nationwide health scare. In all cases, things ended badly for the subject companies. In Chipotle’s case, $11 billion of value evaporated from the stock price in a single calendar year.

In 2017, #deleteuber presents another strategic inflection point, all while Uber watches as over 200,000 accounts (and counting) have disappeared.

If you’re not familiar with the details, the #deleteuber hashtag began trending on Twitter when Uber was perceived as attempting to “bust” the New York Taxi Workers Association’s (NYTWA) one hour strike, which was in solidarity with protesters at JFK Airport over the since blocked immigration travel ban on January 28.

During the strike, Uber tweeted that surge pricing at JFK had been suspended. Almost immediately, Twitter pounced, criticizing Uber for keeping taxis flowing to and from the airport during what was supposed to be a taxi strike. And that anger – even if slightly misplaced – unearthed the animosity toward the company that was already there, stoked by years of anti-union activity to “disrupt” the heavily-regulated taxi unions around the country and the world.

And it’s really not hard to make the connection between anti-worker Uber and anti-regulation President Trump. That’s a problem because Uber focuses its efforts on major cities (as opposed to rural areas) where voters and municipal governments are overwhelmingly liberal and democratic. That’s why Uber CEO Travis Kalanick backed out of Trump’s “economic advisory” council so swiftly when #deleteuber went viral.

To be fair, there was probably no winning formula here for Uber. Had it left surge pricing in place during the strike, people would have viewed that as gouging customers. So there were no good options here for Uber, and it became about choosing the option that would do the least damage. They chose… poorly. Instead, at the very least, they should have quietly eliminated surge pricing during the strike, without tweeting about it. When in doubt, don’t tweet it out!

The one common thread in these corporate catastrophes is an errant tweet. In Uber’s case, the tweet made all the difference because – without context – it was viewed as either union busting or anti-immigrant. Neither one is going to win any brownie points with riders at JFK airport in New York City.

So for HR, make sure you know who is responsible for social media within your own company. Have a discussion with them. Talk about some of the challenges that face your company and its perception with both customers and employees. Make sure your interests, tone and messaging are aligned. Have a crisis management team in place and put some thought and strategy into public outreach during these times rather than leaving it to the whims of a single person. You just never know when a tweet can ruin your day… or your company.

Insurers and healthcare providers are putting a ton of pressure on Congress to disclose whether the ACA will receive federal funding subsidies in 2018. Among the many changes that could befall the ACA are the disruption of such subsidies and/or a shift away from employer-sponsored health programs and in favor of individual plans. One way the federal government might accomplish that would be to limit the exemptions from payroll and income taxes that employers and employees both receive, respectively. Instead, individuals might be offered tax credits to encourage them to shop on the open market for individual plans.

You’ve no doubt heard by now that President Trump nominated federal appeals court judge Neil Gorsuch to the Supreme Court, but what will Gorsuch sitting on the high court mean for HR and employers? According to Senator Elizabeth Warren, Gorsuch has “sided with employers who deny wages, improperly fire workers, or retaliate against whistleblowers for misconduct.” Some other important snippets may further illustrate Gorsuch’s attitude toward employers and the role of federal law.

With the so-called immigration ban on pause, President Trump may next turn his attention to the H1-B visa program, a constant source of angst over the employability of American workers, but also part of a larger effort to address immigration generally. Considering the annual application process for H1-B visas starts on April 1, it is likely that an Executive Order (if any) on the program will be issued before that. Most of the impact of such an order will be felt in the technology sector, but some major companies rely on it as a source of much-needed talent to keep pace with global competition.

Another consequence of the widening “federal vacuum” is the drawing of battle lines between states and municipalities. 25 states are fully controlled by Republicans, both in terms of governorships and state legislatures, an unprecedented concentration of power at the state level. In contrast, however, 40 of the largest cities in the US are controlled by Democratic mayors and/or municipal governments. That’s why you’re hearing more and more about “municipal preemption,” a way for the state government to limit what the municipal government can do.

In the last edition of HR Intel, we asked you how “Same Love” by Macklemore & Ryan Lewis is related to HR. There’s something about this song that gets to me – I’m not able to listen to the entire thing without getting choked up – but whereas the plight of LGBTQ Americans seemed to lessen under President Obama, the election of Donald Trump has rekindled many of the same fears, concerns and anxieties that were previously in place. At the very least, the march toward full equality for this community of people has been largely put on hold for the time being, while the country refocuses its efforts away from social justice and more toward securing international borders, the economy and building infrastructure.

But if there’s any takeaway from the song that is also relevant to the HR world it’s this lyric: no freedom until we’re equal. True freedom won’t exist – for any of us – while our friends and colleagues continue to be marginalized and excluded from the protections of federal law. Unless you’re a member of Congress you can’t change that directly, but you can make your voice heard and encourage your superiors to make yours a company of choice that goes above and beyond the bare minimum that the law requires.