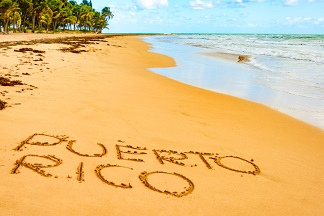 “It was California on steroids,” says Littler global attorney Shiara Diloné, mincing few words about the state of Puerto Rico employment law prior to January 26, 2017. But with the stroke of his pen, Governor Ricardo Rossello appears to have changed that in signing the most comprehensive overhaul of Puerto Rico labor and employment law in 50 years.

While the Labor Transformation and Flexibility Act may not exactly put this US territory in line with the red states, the law is a not so subtle attempt to make the island more attractive to new businesses and stimulate Puerto Rico’s lagging economy. On a recent XpertHR podcast, Diloné discussed this development with me. Here are five key changes she detailed that are attracting significant attention:

On the long list of changes, Diloné says the most notable one is to limit severance pay for terminated employees to nine months. Previously, severance was based on the years of service and an employee’s salary. She explains why this posed a major problem for employers in Puerto Rico.

“An employee who had been working for more than 15 years with a company had a right to six months pay plus three weeks per completed year of service. That meant in some scenarios, you had employees that had more than a year-and-a-half to two years worth of severance,” says Diloné. “So obviously when you were going to terminate an employee, you really had to consider the liability assessment.”

But now the severance pay is capped at nine months regardless of an employee’s service time, which she calls a “great advantage for most employers.”

Another significant change will make it easier for employers to rid themselves of a newly-hired employee who is not working out. Since Puerto Rico is not an at-will jurisdiction, Diloné points out that the ability to place new employees on probationary contracts is especially important.

The new law makes probationary periods automatic for new hires where previously written agreements were required. Those written agreements could only be for a maximum of three months. However, now the probationary period may last for up to 12 months for employees classified as executives, administrators or professionals under the Fair Labor Standards Act and nine months for all other employees.

Puerto Rico’s well-deserved heavily pro-employee reputation also was based in part on its generous benefits. But the new law substantially reduces the accrual of vacation time as well as the amount of Christmas bonuses for newly-hired employees.

Diloné explains that employees previously needed to work at least 700 hours in a one-year period between October 1 and September 30 of the next year to guarantee themselves a Christmas bonus. But the new law nearly doubles that amount to 1,350 hours worked while at the same time cutting back on the amount of bonuses.

It also increases the minimum number of hours an employee must work each month to be entitled to accrue vacation and sick leave, from 115 to 130 hours.

“Most of the changes are aimed at reducing the amount of benefits that employers need to pay for new hires,” says Diloné.

The new law also aims to redefine the concept of overtime hours. Puerto Rico has been unique in that it has had:

But the changes repealed a provision that defined overtime as any hours worked in any period of 24 consecutive hours. Diloné explains why this repeal is quite significant for employers.

“To those that are not familiar with 24-hour overtime, that meant that you maybe had an employee who was working eight hours on a Monday and also working eight hours on a Tuesday and still had one-hour overtime because of the time that they went in,” she says. “Let’s say they started working on Monday at 8:00 in the morning, but on Tuesday they started working at 7:00 in the morning. There are less than 24 hours, and that meant the employee had one hour of overtime.”

Puerto Rico also has shortened the time an individual has to file a lawsuit against his or her employer or former employer from three years to one. Like all of the other changes, the reduced statute of limitations took effect immediately upon Governor Rossello signing the law on January 26.

For more details on these changes, and why they represent a sea change for Puerto Rico employment law, listen to this XpertHR podcast.