5 Lessons on Hiring in the US versus the UK 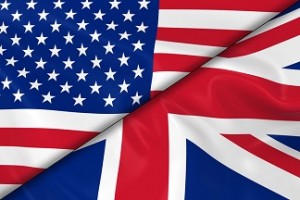 Although the US and UK and legal systems share similar roots, employees in these countries are entitled to far different protections.

Here are some highlights Segal and Heuvel addressed during the webinar:

Segal  warned employers to ensure that even when posting a job advertisement on a social media site, such as LinkedIn, that the posting states that they are an EEO employer. If an employer does not, the Equal Employment Opportunity Commission (EEOC) could question the ad’s legality. In addition, those postings must also be retained in accordance with record retention requirements.

For his part, Heuvel said the big issue in the UK when it comes to job advertisements is age discrimination. Unlike US federal laws, the UK discrimination laws protect anybody where there is a difference of treatment on account of age (young or old). This is problematic for employers that post a job advertisement only on social media, which could put older candidates who are not as accustomed to social media as younger candidates at a disadvantage.

However, in both countries the use of certain terms like “energetic” in a job posting could expose an employer to an age discrimination claim.

In the US, employers are not required to sponsor foreign nationals. However, if an employer does so in order to have the talent needed to compete in its industry, it cannot discriminate based on national origin as that would violate Title VII and the Immigration Reform and Control Act.

In the UK, employers must first extend an offer before determining if an applicant needs sponsorship to work in the UK. Heuvel said that as a practical matter, it takes a long time to obtain sponsorship so the UK employer probably would not be able to hire the individual. However, UK employers cannot say that they will not hire anyone who will require sponsorship.

Segal discussed the various terms that a US employer should include in an offer letter. These terms include:

Segal said employers should include language in the offer letter stating that the terms are not guaranteed for any specified period of time.

One major difference in hiring in the US versus the UK is with respect to employment contracts. In the US there is no legal requirement for employees to have a formal contract.  US employers may require certain employees to sign restrictive covenants to protect their business interests.  However, state laws differ in what types of agreements are allowed.

In stark contrast, UK employees must have an employment contract. Heuvel warned that UK employers must be careful in what they say during an interview because those representations or statements could also become part of the contract.

In the US, employers cannot subject an applicant to a preemployment physical until after a conditional job offer has been made. Even then, an employer cannot reject an applicant based on the results of the physical unless the employer can show the reason was job-related and justified by business necessity. As a result, Segal recommends that US employers limit preemployment physicals to certain positions.

Similarly, it is unlawful for UK employers to ask health-related questions prior to offering work. Heuvel pointed out that there are limited exceptions to this general rule. For instance, an employer can ask the question if it is necessary for that person to carry out the functions intrinsic to the position or role. Heuvel suggests that employers seek legal advice before asking health-related questions.

For more insights on the hiring process in both countries, listen to our free XpertHR webinar