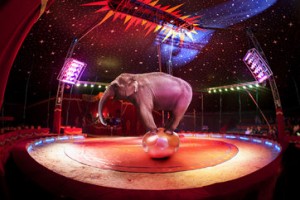 As an HR professional, you’re constantly juggling. We hear about it all the time at XpertHR, how there are so many balls in the air at once. How sometimes you just feel like letting them all fall. But rest assured, there are other HR pros out there who might be struggling even more than you are.

Some of them have 50 states to worry about. Some have to update their entire employee handbook in a month. Some are brought in to fix a poisonous culture and quickly grow disenchanted themselves. Some have to train managers and supervisors to stop all the bickering and backstabbing going on, but then find themselves victims of the same behavior.

Some are even doing it all by themselves.

For a one-person show in this industry (and to borrow from Walt “Clyde” Frazier, the rhyming former New York Knicks basketball player and announcer), you’ve got to prioritize and energize. So follow these steps to check your HR temperature, so to speak, and to set a precedent of compliance and cooperation going forward.

If you’re an HR soloist, chances are it’s a fairly small to possibly mid-sized company, but there’s a reason that you’re alone. Be clear about that with the owner or management so you can understand how and why the business has chosen not to allocate resources to HR. With that underlying cause in mind, you can reach an understanding with management about the scope of what you will be able to realistically accomplish. Under-promise and over-deliver is the name of the game here, because you just never know what kind of curve ball you’re going to see in HR.

Did this lawyer just seriously tell me that compliance is #2 on the list? Yes. Yes, he did.

You see, compliance exposure is really about who makes the most noise. So if there are little issues here and there – like an outdated poster in your lunchroom – that’s not the kind of thing that should set off alarm bells. There is some (miniscule) allowable margin of error when it comes to legal requirements, so long as you’re generally making a good-faith effort. However, if you uncover something big – like dozens of misclassified employees who may be owed back pay – compliance will quickly ratchet up to #1.

Just like you’ve been clear with management on what you can realistically accomplish as the poor soul who has to do everything alone, you’ve got to set reasonable expectations with employees as well. They should know exactly what is expected of them in terms of performance and how they will be measured, how much one-on-one time they will get with their managers and you, and also what is appropriate or inappropriate in the workplace.

Because you’re only a single individual, you might consider something like surveillance as a useful way to maximize visibility over employees, but that is only appropriate if you’ve set reasonable expectations of privacy and complied with eavesdropping regulations. For example, are desks personal, private spaces or are they “company property” in the sense that they are constantly subject to examination? Do you have a written policy on that? These things matter.

So too does the allocation of your effort. The last thing in the world you need are individual employees who languish in “progressive discipline” or “performance improvement plan” territory while dragging the company down. Generally speaking, you should hire slow and fire fast to avoid having to allocate too much effort to where it might be wasted.

In particular, setting expectations means creating a culture. That also means making sure managers and supervisors know they need to take on responsibilities which a full HR department might otherwise handle like conflict resolution, difficult conversations with employees, internal investigations and many others. However, you’ll only be able to do this effectively if you…

4. Provide the Appropriate Training to Managers and Supervisors

This is where it all comes together. Because you don’t have a full team or the resources to build one, and because you’ve set expectations and created a culture of teamwork, strategic delegation and interdependence between managers and HR, the managers themselves are an extension of the HR function of the company, whether they like it or not. And to do your job effectively, as the leader of the HR team, you need your managers and supervisors to be educated on corporate strategy, modern HR practices and compliance.

Without this in place, you’ll constantly be fighting the compliance battle which, as you may have already guessed, will undermine your reason for existence and potentially that of your company as well.

President Trump’s proposed budget will make several changes to the funding of government agencies that directly control employment law and HR compliance. The impact of these proposed cuts is hard to measure other than to say… buckle up!

Another impact of the drastic changes in federal policy and legislation pertaining to HR is the growing complexity of regulations at the state and local level, where politicians are trying to both fill the void and bring normalcy to their constituents. But “normal” is defined on a local and cultural basis, which explains why there are 96 compliance posters and documents in California, but only four in North Carolina.

Combine that with the multi-state and multi-national presence of many companies and you’re forced to take action. About eight out of every 10 employers say they’ve faced compliance challenges due to the current legal landscape, according to a survey provided by the law firm Littler Mendelson. The complexity has caused employers to take a variety of remedial actions, ranging from overhauling the handbook to even cutting employee work hours.

Tesla is starting to feel the HR pressure – long hours, injuries, and harassment. Not really a surprise to be honest, for one primary reason: tech companies start out with great ideas, but typically have no clue how to run a business. They shun HR as an antiquated business department, but when the employee population starts exploding – like Tesla’s has recently – the employee-to-HR ratio typically starts widening as well. That leads to disgruntled workers and lax compliance, pretty much like clockwork. What Elon Musk needs to be aware of is that a failure of HR is just as dangerous to his burgeoning company as a failure of technology.

A growing trend in the total rewards packages companies offer to entice employees is the notion of “unlimited vacation.” This article posits a formula to make it work, but I am skeptical of calling something “unlimited” when, as the employer obviously knows, it doesn’t actually mean unlimited. There is a limit beyond which, if you take too many vacation days, you will probably be fired. So… why not be clearer about where that limit is?

Apple hired (promoted, actually) its first VP of Diversity and Inclusion, Denise Young Smith, who was previously the VP of Global Talent and HR at Apple. CEO Tim Cook says diversity is a “solvable” issue, referring to the fact that his company is still predominantly staffed by white males.

Whoops! Uber admitted this past Tuesday that it mistakenly underpaid NYC drivers for the past two and a half years, to the tune of tens of millions of dollars. And if you’re wondering how something like that happens, I can pretty much guarantee you that the answer involves HR. This is not a first-time offense for Uber, which admitted to a similar mistake in Philadelphia back in January, agreeing to back pay of $20 million to settle with those drivers.

In the last version of HR Intel, we asked you how “Pyro” by Kings of Leon is related to HR. This song is really about starting fresh and (metaphorically) burning down old, outdated structures and philosophies. The protagonist of the song has lost faith in the current system and wants to try something new, declaring that “I won’t ever be your cornerstone” to the architects of the antiquated structure in which he’s always existed.

But then, when he gets started on his work to create something new, he finds it’s not quite as easy as he thought it would be. That might sound painfully familiar to an HR pro who’s tried to shake things up recently. But keep fighting the good fight because no revolution happens overnight.

On a sad note, due to the recent death of Chris Cornell (a personal hero of mine), we leave you with “Fell on Black Days” by Soundgarden.