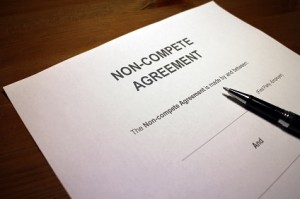 Employers like noncompete agreements because they can restrict employees from working for a competitor not only during employment, but for a certain period of time after they leave the company. It’s an employer’s way to safeguard its position in its industry—by preventing certain employees from using the knowledge and skills obtained while working for the former employer for a competitor.

However, these agreements have received a bad reputation with the uptick in litigation and with opponents arguing that they stifle innovation in certain industries, particularly the technology industry, and that they discourage employee mobility.

That’s not all—because there currently is no uniform or federal law governing these restrictions, multistate employers need to be aware of what restrictions are enforceable in each state. For instance, a one-size fits all approach could leave an employer exposed to unwanted competition if the agreement’s provisions are not enforceable in certain states.

Here are five traps employers should avoid falling into when drafting noncompete agreements:

First and foremost, employers should be aware that in a few states, such as California and North Dakota, noncompetes are generally void and unenforceable. In those states, noncompetes are considered a restraint on trade and against public policy. So, if you wanted to enter into noncompete agreements with employees in those states you are pretty much out of luck.

However, employers are not totally exposed. Even in California, employers could still use nondisclosure agreements to prevent employees from misappropriating an employer’s trade secrets and confidential and proprietary information.  Just don’t forget to include the whistleblower immunity provisions required by the Defend Trade Secrets Act in order to receive federal protections.

Many other states disfavor noncompete agreements as well, even if they do not outright ban them. In order to be enforceable, the agreements must protect legitimate business interests and extend no further than is reasonably necessary to protect those interests. They also must be reasonable in terms of geographical area and time period. But what exactly is reasonable?

Unfortunately for multistate employers this varies by state.  For instance, in Oregon the enforceable term of a noncompete agreement must be 18 months or less. However, in Utah the term of the noncompete must not exceed one year from the date of termination.  So an enforceable time period in one state may not hold true in another.

This also holds true when it comes to the geographical area. The geographical area is often determined by the courts on a case-by-case basis. For example, a Connecticut court held that a two-year noncompete agreement prohibiting an employee from engaging in a similar activity to his job responsibilities within a 75-mile radius of Fairfield was overbroad and unreasonable. However, the Missouri courts found a two-year noncompetition agreement with a 100-mile radius to be reasonable.

A couple of states have specific timing requirements with respect to noncompete agreements. In particular, New Hampshire requires employers to provide an employee with a copy of a noncompete prior to, or concurrent with, making an employment offer.

Meanwhile, Oregon requires employers to provide written notice to the employee at least two weeks before employment begins that a noncompetition agreement will be required. Failure to comply with these requirements could be fatal to a noncompete agreement’s enforceability. To that end, employers need to be familiar with these timing requirements when requesting employees to sign a noncompete.

Another important factor employers need to be knowledgeable of is a state’s industry-specific prohibitions, if any. For instance, in 2015, Hawaii enacted a law banning noncompetes for technology business employees. These employers can still prohibit employees from disclosing trade secrets so long as the restriction is reasonably necessary to protect the employer’s interests, and does not impose an undue hardship on the employee.

There are several other states that restrict noncompete agreements for physicians in certain circumstances.

Another new trend is prohibiting noncompetes for low-wage workers. The Obama administration attempted to make this is a nationwide ban. Although it has not come into fruition, Illinois took this into its own hands and enacted such a law that became effective on January 1, 2017.

Although it is a challenge to keep up with these noncompete requirements, a new XpertHR Chart places all of this information at your fingertips. This one-stop shop will help your company be aware of any noncompete restrictions and to stay on top of any new developments.