Employer Drug Testing in the Age of Legalization 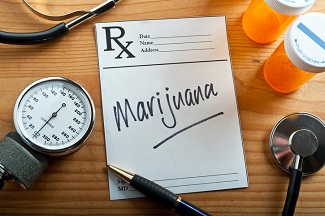 With medical marijuana now legal in 29 states and recreational marijuana use permitted in eight states plus the District of Columbia, some employers are understandably concerned about this trend, especially with a recent Quest Diagnostics report showing drug use at its highest level in 12 years. But these legalization laws don’t mean your company drug testing program necessarily needs to go up in smoke.

As a result, drug free workplace policies remain perfectly appropriate. The trickier issue, however, is what happens when a job applicant or employee in one of the legalization states uses marijuana while off-duty on the weekend and then flunks a drug test a few days later. Russo says the biggest question she gets from clients is what to do if someone says, ‘I only use [marijuana] off-duty.’

Russo notes that many employees don’t see anything wrong with such behavior, and they don’t understand why an employer would fire them for a positive result. “So with recreational marijuana, I recommend that if you’re going to terminate for a positive test, you should put people on notice in states where recreational use is legal so that it doesn’t come as a shock to them that that’s how you’re going to treat it.”

But the broader question is whether employers in these states should still be testing for marijuana at all. In Colorado, for instance, marijuana testing by businesses has declined over the past two years. Recreational marijuana states include:

To Russo, drug and alcohol policies should always be about safety. Thus, the importance of including marijuana in a preemployment drug screen may depend on the job at issue. For instance, health care and construction employers may find drug screens more critical than in other industries.

The issues are a bit more complex in medical marijuana states because they deal with people suffering from disabilities and chronic conditions. Even so, in these states, courts have generally found employers within their rights to fire an individual for a failed drug test. But that could be starting to change.

A first-of-its kind ruling in Rhode Island in May 2017 found a company liable for discrimination for refusing to hire a medical marijuana cardholder because she could not pass a preemployment drug test.

Russo calls the Rhode Island decision in Callaghan v. Darlington Fabrics Corp. “a real dilemma for employers.” She explains that’s because an employer that does drug testing can never know when and where the cardholder used the marijuana.

While this Rhode Island state court ruling is not binding in other states, Russo believes that when these cases come up elsewhere, it’s certainly possible that other judges will take a look at the rationale.

With the laws varying so much from state to state, Russo readily acknowledges that she gives different advice to employers depending on their location. “The advice that I may give an employer about a medical marijuana user in California is different from the advice I would give them about a medical marijuana user in New York,” she says. “And that’s partly because of the difference in the language of the laws.”

Russo recognizes that most employers may find this maddening because they prefer uniformity, but she adds that it simply isn’t possible to have one nationwide policy unless Congress acts.

For more insights on what marijuana legalization laws mean for employer drug testing programs, listen in to this XpertHR podcast.