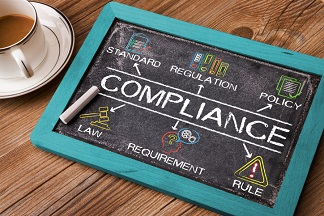 July 1 is a day of national celebration for our friends in Canada. But in many parts of the US, it’s compliance deadline day as a flurry of new employment laws take effect. Here are some of most significant changes employers need to know about before the clock strikes 12:00 on Friday night.

The federal minimum wage has been frozen at $7.25 since July 2009 despite the fact that the cost of living has increased by nearly 12% since that time according to the US Department of Labor.

But while it’s been All Quiet on the Western Front at the federal level, that hasn’t stopped states and cities from implementing minimum wage hikes of their own. Many of those increases take effect July 1, including:

So if your company does business in any of these jurisdictions, it’s critical to ensure that your payroll systems are reprogrammed to account for these new minimum wage rates. Some smaller California municipalities also have July 1 increases, which are detailed on XpertHR.

Minimum wage isn’t the only area where there has been a hotbed of activity as a number of July 1 requirements are slated to take effect expanding employee leave protections.

For instance, San Francisco employers with 35 or more employees will be subject to a new paid family leave law, which requires them to pay the difference between California paid family leave benefits and an employee’s normal weekly wage (subject to a maximum weekly benefit amount) for the purpose of bonding with a newborn child, newly-adopted child or newly placed foster child. And as of January 1, 2018, that ordinance will apply to employers with 20 or more employees.

Also taking effect July 1 will be a number of paid sick leave laws, including a pair of state measures outside of the “blue states” in Arizona and Georgia. Under the Arizona law, employers with 15 or more employees must provide up to 40 hours of paid sick time per year, while those with fewer than 15 employees must provide up to 24 hours per year.

Meanwhile, a Georgia employer with 25 or more employees that provides sick leave benefits must allow its employees to use up to five earned sick leave days per calendar year to care for an immediate family member.

A trending issue affecting employers has been the growth of ban-the-box laws, referring to the box on job applications which prospective employees had often been asked to check if they had ever been convicted of a crime. Nine states will prohibit private employers from asking criminal history questions on job applications when Vermont’s ban-the-box law takes effect on July 1.

The Vermont law will apply to all private employers in the state, but does not prevent them from asking about an applicant’s criminal history during a job interview or later in the hiring process. It also does not preclude employers from conducting background checks.

Meanwhile, California has new regulations taking effect governing an employer’s ability to use criminal background information when making hiring decisions. The regulations largely mirror the EEOC’s 2012 Enforcement Guidance in requiring an employer to show that any criminal history information it seeks is job-related and consistent with business needs.

Seattle has often been a bellwether city when it comes to employment law, and is again near the forefront with its July 1 predictive scheduling ordinance. The new law requires covered retail and food establishment employers to provide:

San Francisco and New York have passed similar measures and other jurisdictions have considered predictive scheduling laws as well, so it’s an issue that bears watching.

These are the July 1 laws attracting the most attention, but there may be others in your jurisdiction. So it’s a good time for a mid-year employment check up to make sure your organization is in compliance.