HR Intel: Get to Know the 2017 Breed of Workers 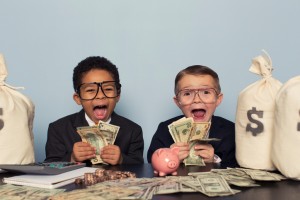 A mid-way point is always a good time to take stock of how you’re doing, where you’re going and what you need to change or focus on in order to get there. In sports, for example, halftimes aren’t only for rest, they’re also an opportunity to reexamine and adjust.

For HR, the July 4th holiday is the mid-point of the calendar year, and whether or not that aligns with your fiscal year, mentally, it’s the half-way mark for your employees. So what better time to take stock yourself, get to know the 2017 breed of workers a little better, and perhaps re-formulate or adjust your 2017 strategic plan?

For your existing employees, there are a few trends that have emerged already this year. First and foremost, average job tenure seems to be dropping. In January 2016, the Bureau of Labor Statistics reported that average job tenure was 4.2 years. However, ENGAGE Talent, a recruiting software company, surveyed the tenure of 50 million US workers this year and now says it’s closer to 3.7 years. It’s hard to define what the cause of declining tenure might be, but for HR, that means more turnover, recruiting, hiring, training, compliance challenges and ultimately, a lot more paperwork.

To make matters more interesting (worse?) average tenure for an HR professional is only 2.7 years. Draw whatever conclusion from that you wish, but this is a blog, so I can speculate that tenure is lower in HR due to the burnout factor, which is partially the result of an increasingly murky compliance atmosphere, where the law is getting more difficult to understand and to track, not less.

Your existing employees and managers also want to do more things themselves. That’s why the employee self-service software and information compliance industries are doing so well. In fact, these types of services are “revolutionizing HR” by removing some of their administrative burden and freeing them up to focus on more long-term or lofty goals that could have the most impact on your team.

Workers in 2017 are also more likely to embrace wellness programs, of which there are many varieties like team fitness goals and incentives to lower the cost burden of health insurance. For employers, there is real value in these programs, beyond the obvious, but the increased engagement in 2017 from the worker’s perspective means more bang for your wellness buck from the employer’s side.

Finally, if you’re looking to hire more workers in the fall, consider what salary expectations might be for 2017 college graduates, depending on what types of degrees they have coming out of college. Engineering degrees for four-year graduates are valued the most, followed by jobs for math and science majors, business degrees and finally, liberal arts. However, as a liberal arts major myself, I can tell you that we probably had more fun in college than the engineers did!

Patty purveyor Carl’s Jr. has been fined $1.5 million by the City of Los Angeles for failing to pay 37 workers a total of $5,400, which would have brought them to the city’s required minimum wage. Let that sink in for a moment. Now compare the fine with the cost of a subscription service to track the minimum wage by state and municipality. Are you listening, (CEO of CKE Restaurants – owner of Carl’s Jr.) Jason Marker?

JP Morgan has been sued for gender discrimination by a man who claims that the company’s paid parental leave program is biased against men. The company offers women 16 weeks of paid leave after childbirth or adoption, but only offers men two weeks of leave by default. To overcome that two week presumption, a man would have to demonstrate that he is the “primary caregiver” for the infant, which the plaintiff claims displays bias against men.

As you probably heard by now, the Department of Labor has withdrawn its 2015 and 2016 guidance on both joint employment and independent contractors. The practical impact of that is hard to measure because guidance is just guidance, as opposed to the law.

However, we can say for the withdrawn guidance on independent contractors that it means more deference to the states, many of which have their own “tests” to determine if a worker truly qualifies for independent contractor status. On joint employment, it’s status quo for now as the impending and ongoing reshaping of the NLRB is likely to reverse the trend away from stricter enforcement of joint employment standards.

Similarly, the Department of Justice has also reversed course on its previous recommendations to the Supreme Court over whether class arbitration agreements should be enforced. The previous incarnation of the DOJ was against enforcement of class arbitration agreements because they precluded class action lawsuits by employees, which are extremely costly and time consuming for employers, yet are considered among employees’ best weapons to fight back against corporate greed and corruption.

President Trump’s meeting with Indian Prime Minister Narendra Modi was all smiles and handshakes on the outside, but beneath the surface there was tension brewing over the US H-1b visa program. President Trump previously promised to “rein in” abuse and over-use of the visas in the form of hiring cheaper foreign labor over American workers, but Prime Minister Modi is under pressure back home over the already-large impact even the small scaling back of H-1b visas has already had this year.

The two leaders claim not to have discussed the H-1b program during their visit, so the only nugget that came out of Modi’s trip was Trump’s comment that the relationship between the US and India should be “fair and reciprocal,” which hints at a perceived unfair advantage for Indian and US companies that take advantage of the visa program.

Amazon’s acquisition of Whole Foods not only means that you will probably get your Veganic Sprouted Ancient Maize Flakes in two days or less via Amazon Prime one day, but also that lots of other companies (ahem, Wal-Mart) are about to buy lots of other companies as well. It all starts with a company called Instacart, which has (had?) a deal to ship and deliver e-commerce orders to Whole Foods customers. Now that Amazon has made a move to purchase Whole Foods and Whole Foods owns a significant part of Instacart, what does Amazon need Instacart for? Instacart itself is worth only $3.4 billion, so it’s not simply an asset that Amazon would give away. Maybe they absorb Instacart somehow? It certainly wouldn’t make sense to sell off Instacart to an Amazonian rival, right? Either way, large retailers like Wal-Mart, Target and Home Depot are on notice – Amazon wants to be in every market. Once it masters supermarkets and fresh food delivery, it wouldn’t be any kind of surprise to see Amazon make moves to disrupt what is left of the big box retail stores.

In the last edition of HR Intel, we asked you how Fell On Black Days by Soundgarden was related to HR. This song is about depression, both in the form of its personal impact on individuals afflicted with bouts of depression, but also the external impact of depression on people around them while they deal with depression-related challenges. As HR professionals, sometimes it can be hard to spot the employees who are struggling, but that doesn’t remove from the vigilance required of you. Make no mistake about it – sometimes the people who seem happy aren’t and the people who seem down are perfectly fine. The death of Chris Cornell – the former front man of Soundgarden – is perhaps illustrative of that concept. On the surface he was a happy rock star with a beautiful family and a strong, rabid following of fans, but underneath that disguise, he was apparently struggling with drug addiction and hurting. As you do your mid-year reset, take the time to look beyond the obvious warning signs for employees who might need an extra helping hand.

We leave you with “Meet Me Halfway” by Kenny Loggins.