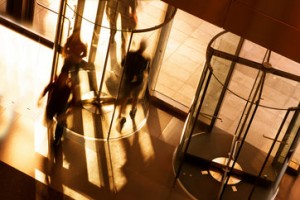 Beyond the obvious solutions to your retention problems (pay your employees more money!), it’s good to dig a little deeper into the underlying or not so obvious causes of attrition. This is a common concern for HR, in part due to the fact that workplace “mobility” is increasing. This has created an intensified burden on HR to continuously recruit and replace departing employees, all while maintaining or growing productivity and profitability. So it’s natural that business owners and HR professionals are looking for solutions to drive down attrition.

So if you’ve already considered the obvious ($$$), chances are your company doesn’t have the financial means to boost salaries enough to discourage employees from moving on. Alternatively, things like non-compete agreements are under intensifying scrutiny, meaning they don’t necessarily discourage employees from leaving as effectively as companies would like. So what else can you do to encourage your people to stick around? The answers lay within.

One of the absolute best things you can do to create the incentive to stick around is create a clear and meaningful career path for ambitious employees. Lay out the organizational hierarchy and explain how employees can get from one level to the next, using a combination of seniority, productivity, leadership ability and aptitude.

Explain how the organization measures these things and tie results to performance reviews. Offer training and education to foster growth and development. You might even encourage the company to boost support for employee higher education or vocational training in lieu of pay increases.

One of the worst things you can do if you want to have good retention numbers is play favorites. If employees sense that some people have a stronger “pipeline” to the boss than others that fosters resentment and undermines teamwork and productivity. It will be poisonous toward the mentality of the top performers that you want to keep. It also feeds into the “office politics” theme that most employees would prefer to avoid. Of course, there’s nothing wrong with having a favorite, but play your cards close to your vest.

3.      Take Action in Response to Feedback or Complaints

As Jerry Seinfeld once said, “You know how to take the reservation, you just don’t know how to hold the reservation.” The same applies to feedback – anyone can ask for feedback and most companies do. It’s the companies that take action on the feedback that do well when it comes to retention. And this goes back to a simple concept that we all learned in our pre-school years – actions speak louder than words.

Don’t just pay lip service to feedback because it makes employees think you’re not genuine. Are you collecting feedback to CYA, or is it because you are really, truly trying to improve working conditions or business output?

Any good leader knows that motivation is key to growth and productivity, but actually motivating people is a lot more difficult than it seems. That’s because everyone is motivated by different things.

Some people respond well to encouragement or praise, and others think it’s awkward. Some employees respond well to constructive criticism and others say they are looking for feedback, but when they get it, they make excuses. Some will almost never be candid with you in person, but when it comes to email, they will share their entire life story. The key here is you have to figure out what motivates your people – not as some nebulous group of faceless souls, but as individuals. And if you have a one-size-fits-all approach to motivation, a lot of people won’t respond to the message.

This is one of the more effective strategies you can use because it might check multiple boxes. If you give an ambitious employee more responsibility, it could be seen as a boost to their career, a response to feedback and an effective way to motivate the employee to push harder. That’s three benefits for the price of one action!

Ultimately, retention is as much about culture as it is about money. All of these items are a way to analyze business culture to determine whether company has created the kind of place people will want to spend their careers. If you ignore these things and let a poor culture fester, you’ll constantly have to suffer the churn of outgoing/incoming employees and the wasted effort that goes with it.

Show [Them] the Money

The Department of Labor (DOL) is looking to tweak regulations pertaining to tip pooling, which allow employers to pay their hourly workers less than the minimum wage, so long as the employee’s share of the tip pool makes up the difference between the cash payment and the required minimum wage.

Current restrictions require companies to distribute 100% of what they collect in tip pools to the employees who “customarily and regularly” receive tips. But if the DOL goes ahead in changing the regulations, employers may have the option of retaining some of the pooled tips for themselves or distributing tips to employees who don’t regularly receive them, so long as they still satisfy minimum wage requirements for all employees.

For the first time since the Great Recession, wages for the lowest 10% of earners in the U.S. rose faster than that of any other group in the past quarter. So-called “low-income workers,” – comprised mostly of restaurant workers and retail cashiers – earn about $11 per hour nationwide, but are now finally starting to close the gap with workers in the 90th percentile, who earn about five times as much per year.

For optimists, this is a sign of a strong economy, as consumers are likely to spend more on entertainment and dining out when they have more free cash to spend. Increases in spending raises the demand for these types of workers, which tightens the labor market for them and pushes wages up due to competition.

Congress is looking to block the EEOC’s ability to collect certain data in its EEO-1 reports. Specifically, the EEOC has required that employers with more than 100 employees supply not only diversity information on their reports, but also compensation information for the employees in question.

Now, Congress is looking to block the EEOC’s ability to collect compensation data, and it may do so by forbidding the agency from using any of its 2018 budget to fund the implementation of its new EEO-1 requirements. The bill also will direct the EEOC to reduce its claims inventory (settle or dismiss pending claims) and step up its efforts to resolve pending claims (called “conciliation”) before suing employers.

Trends of the Trade

Just a few weeks ago, a Rhode Island court became the first in the nation to side with an applicant who claimed discrimination when an employer refused to consider her for a position because her medical marijuana use meant she couldn’t pass a pre-employment drug screening. In all other such cases prior to that, both courts and legislative bodies have carved out exceptions for employers, allowing them to discipline, fire or refuse to hire individuals who use marijuana, even if they do it “legally” under state law.

Now, the Massachusetts Supreme Court has ruled that a pot-smoking, fired employee could sue her former employer for disability discrimination. The employee in question was a medical marijuana user whose physician had prescribed the drug to help her treat Crohn’s disease. This, my HR friends, is how a legal trend gets started. The floodgates are officially open.

In addition to training and more visibility over sexual harassment in Silicon Valley, one of the other reactions to the growing reports of misconduct has been the proliferation of “non-disparagement agreements” in employment contracts and severance agreements. However, both the EEOC and NLRB have been studying whether these agreements have a “chilling effect” on the rights of workers to speak up about wrongdoing in the workplace or to band together with their colleagues to protest poor working conditions.

In the last edition of HR Intel, we asked you how “Meet Me Halfway” by Kenny Loggins is related to HR. Full disclosure, this song entered my radar after I watched “Over the Top” (a Sylvester Stallone arm wrestling movie) with my son, as the song is featured prominently in the movie.

As you may come to discover yourself, the song is quite an “ear worm,” so I got to thinking about its meaning after I couldn’t get it out of my head. Turns out, the song is more a love song than it is about motivation or compromise, but there’s a parallel to be drawn here to the aforementioned advice about feedback. The message of the song is that if you give love (if you go halfway) – despite the risk in doing so – you are more likely to receive it in return. Keep that in mind for your mid-year reviews and other conversations with employees, and it is sure to pay some dividends.

We leave you with “Waterfalls” by TLC.