Florida Workplace Trends 2017: The One Question Employers Should Be Asking 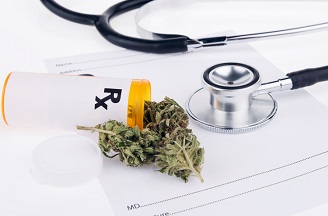 In 2017, the HR and employment law landscape in Florida has been changed by a number of new measures coming into effect, including:

However, Florida’s medical marijuana law may be the single most complex law regarding workplace issues to be enacted in the state this year.

Phillip B. Russell, a Tampa, Florida-based shareholder at Ogletree Deakins, explains that Florida’s medical marijuana law came about as a state constitutional amendment, which then had to be enacted by statute.

Russell explains that state medical marijuana laws touch on a number of important legal and business considerations, including:

An employer must take into account its risk tolerance, workplace culture and business goals when determining its approach toward employees’ use of medical marijuana.

Fortunately for employers, Florida law grants its employers wide latitude in developing policies that restrict employee drug use. Russell explains that the law formalizing the medical marijuana provisions (which took effect in June):

Russell encourages employers to adopt a drug-free workplace policy. Florida employers should take a comprehensive view of drug testing in the workplace, and consider and address all possible aspects, including:

However, the nature of marijuana poses interesting challenges for employers. Take the following practical example:

A workplace accident occurs, putting the safety of workers at risk. Management immediately wishes to conduct post-accident testing of everyone involved. A worker tests positive for THC, the chemical component of marijuana that is responsible for most of the drug’s psychoactive effects. However, the worker states that she had not taken a marijuana pill in the two weeks prior to the accident, and insists that she was not under the influence at work.

Russell explains that this scenario is very common for employers. “The problem you have with marijuana is that you don’t yet have a test available that is BAC [blood-alcohol-content] equivalent,” says Russell. However, under Florida law, an employer “is not required to accommodate any employee by working under the influence.” In addition, if an employer’s policy restricts off-duty use, then an employee is on notice that major disciplinary consequences could follow based on the ingestion of medical marijuana.

The One Question Employers Should Be Asking Themselves

Under federal law, marijuana remains a Schedule I substance under the Federal Controlled Substances Act.  Therefore, the drug’s status as an illegal drug makes employee protections under the Americans with Disabilities Act inapplicable.

Russell emphasizes the importance of the Occupational Safety and Health Act’s general duty clause, which requires an employer to furnish each employee with a workplace free from recognized hazards that cause or are likely to cause death or serious physical harm. The Occupational Safety and Health Administration (OSHA) expects employers to remove or guard against all known workplace hazards.

Taking federal law’s lead, Russell would ask of every Florida employer, “Is medical marijuana a recognized workplace hazard, and are you taking enough steps to abate that hazard?”

In addition to implementing a drug-free policy, he suggests employers should explore:

Russell warns that taking these steps is not optional for employers in today’s workplace: “It’s a need.”

What’s on the Horizon?

Although the Florida medical marijuana law contains key employer protections, it remains to be tested in the courts. However, the vast majority of courts across the country have not found protectable employee interests in medical marijuana legislation (save rare instances, such as the Massachusetts Supreme Court’s Barbuto decision).

Regarding the litigation of Florida’s medical marijuana legislation, as Russell punningly states, “When the smoke clears, we’ll know more.” 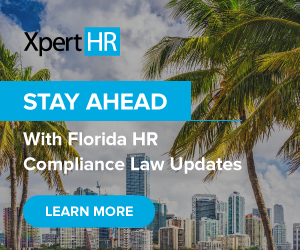