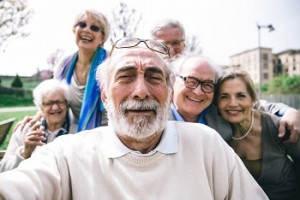 For the second quarter in a row, the US has a record number of unfilled job openings, even as the official unemployment rate has hovered around a 16-year low. The combination of these two facts highlights the difficult situation employers find themselves in as they try to find skilled workers to fill these vacancies. But a solution may already be at hand – hiring older workers.

According to the September 2017 Job Openings and Labor Turnover Summary issued by the US Bureau of Labor Statistics (BLS), there were 6.2 million job openings at the end of July 2017. That represents a new high following the previous high of six million vacant jobs reported for the end of April 2017. The job openings rate was 4 percent, while the hiring rate lagged slightly behind at 3.8 percent.

At the same time, the US unemployment rate for individuals aged 16 years and older has fluctuated between 4.4 percent and 4.3 percent since April 2017 through the most recent data for August 2017. The unemployment rate has not been lower since February 2001. At the same time, BLS reports there are 6.8 million unemployed or under-employed individuals looking for work.

In a recent Manpower Talent Shortage Survey, 46 percent of US employers surveyed reported having difficulty filling job vacancies. Among the top reasons employers cited for their hiring troubles was a lack of candidates with the needed skills and experience.

It may seem obvious that hiring older workers (those aged over 50) would resolve the issues of lack of experience and lack of skills, but employers have been slow to embrace that option. This may be because some employers hold stereotypes that make them hesitant to consider hiring senior workers.

For example, employers may express concern that older workers will:

Sometimes employers may also assume that an older worker will have difficulty working with younger supervisors and coworkers, will be reluctant to travel or are burned out and don’t want to work. Basing hiring decisions on such assumptions can result in an employer being liable for age discrimination.

Studies have shown none of these stereotypes are true, according to Peter Cappelli, co-author of Managing the Older Worker: How to Prepare for the New Organizational Order and a director of Wharton’s Center for Human Resources. In an interview with Harvard Business Review, Cappelli noted that when it comes to performance, seniors outperform younger workers in almost every aspect of job performance. They have less absenteeism, are more conscientious and have developed better soft skills.

As for costs, the typically higher pay of older employees is due to higher productivity. And while older workers do use more health care individually, they often do not need more expensive family coverage for children.

Furthermore, a recent Rand survey reported that over half of individuals aged over 50 who are not working or looking for work, including most retirees, responded that they would return to work for the right opportunity. The rate is even higher (60 percent) for those with college degrees.

The Benefits of Hiring Older Workers

Cappelli said that employers want to bring on people who are already trained and have the necessary skills, have done a job before and know the system, and are not expecting a long-term career. Employers want people who can come in and hit the ground running. “That, Cappelli remarked, “is exactly what older workers offer.”

The AARP Foundation notes that there are competitive labor market advantages for employers who hire over-50 workers. Such advantages include the following:

Soft skills. Employers bemoan the lack of soft skills critical to their business success, such as professional deportment and skills in interpersonal relationships, analysis and written communication. Older workers have developed such skills over a lifetime and continue to improve on them until late in life.

Loyalty. Older workers are often more loyal and stay with an employer longer than younger employees. In addition, older workers generally have strong work ethics and lower absenteeism. This can result in a lower turnover rate for an employer and fewer service disruptions.

High motivation. Research indicates that older workers are motivated to exceed expectations, even more than younger employees. This may result in greater engagement, which has a positive impact on a company’s performance.

Prevalence. As people live and remain healthier longer, they are remaining in the workplace longer. In addition, concerns about the economy and a stressed Social Security system are leading many experts to encourage older workers to extend their careers. Workers over 50 are expected to account for 35 percent of the U.S. labor force in 2022.

Ability to Learn. The US Department of Labor’s Aging Worker Initiative studies show workers over age 50 have a strong capacity to learn new processes and technologies. Not only are workers remaining in the workplace longer, they continue to learn new skills and adapt to changing work situations.

Where once the “Golden Years” referred to the time of life when a person would retire and slow down, now individuals are living longer, heathier lives, continuing to learn new skills and remaining productive well past the typical retirement age. Employers have a “golden” opportunity to fill vacant jobs with a dedicated, experienced and highly-skilled workforce – older workers.