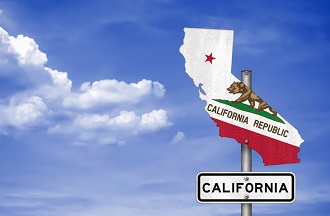 While most think of October for fall foliage, Halloween and perhaps playoff baseball, in California it’s also the month when big employment law changes became official.

Governor Jerry Brown kept his pen busy in signing a host of new laws in recent weeks affecting the workplace, including a:

This is on top of the already pending state and city minimum wage hikes of which California employers must be aware. And there may have been even more changes afoot had Governor Brown not vetoed a few other employment law measures.

So you might need a scorecard to keep up, but here are five new employment laws coming soon to workplaces in the Golden State.

One of the more notable 2017 employment law trends involves the rise of laws restricting employers from asking salary history questions during the hiring process. California can now be added to the list of states to enact such measures, joining:

Effective January 1, 2018, California’s salary history law will prohibit all employers from asking job applicants about their salary history, including compensation and benefits, either orally or in writing. And even if an applicant discloses their current or past salary voluntarily and without prompting, the employer still may not rely solely on prior salary in deciding what to offer.

This salary history question prohibition aims to reduce wage inequality between men and women. The reasoning being that having that knowledge about past salaries when making hiring decisions only serves to perpetuate previous discrimination when women may have been paid less than men for doing the same work.

For employers, salary history isn’t the only application or interview question soon to be off limits. Governor Brown also signed a measure that will ban private employers with five or more employees from asking about or considering a job applicant’s criminal history until after making a conditional employment offer.

Also effective January 1, 2018, this prohibition includes background checks and will prohibit covered employers from considering convictions that have been sealed, dismissed or expunged.

The new law will make California the 10th state to enact a “ban the box” criminal history law that applies to private employers. Los Angeles and San Francisco already have broad “ban the box” laws, but the new measure makes the ban statewide and differs slightly from those municipal ordinances.

Even after an employer lawfully conducts a background check and decides that an applicant’s conviction history may disqualify that individual from employment, the employer is still not out of the woods. Before denying employment, you must:

Amidst the flurry of October laws is one that greatly expands the number of California employees eligible for parental leave. Under the New Parent Leave Act, employers with 20 to 49 workers will be required to offer 12 weeks of job-protected leave to mothers and fathers. The employer also must maintain the employees’ health insurance and reinstate them at the end of their leave period.

This goes well beyond the federal Family and Medical Leave Act, which only covers employers with 50 or more employees. To qualify for the leave, an employee must have worked for the company for at least one year and for at least half-time. The measure is expected to cover an additional 2.7 million California employees.

It includes anti-retaliation provisions that prohibit employers from taking action against employees for exercising their leave rights.

There’s no question the federal government is stepping up immigration enforcement as one of its main priorities. But some see these efforts as too draconian. A new California law takes direct aim at US Immigration and Customs Enforcement (ICE) workplace inspections.

Effective January 1, 2018, the Immigrant Worker Protection Act will prohibit employers in California from voluntarily consenting to allow immigration enforcement agents to enter any nonpublic areas of their workplaces unless they obtain a subpoena or judicial warrant.

The Act also will prohibit employers from consenting to enforcement agents accessing, reviewing or obtaining their employee records (except Forms I-9 and other documents for which ICE has provided the required three days’ notice before inspection) without a subpoena or judicial warrant.

Employers also will be required to notify employees of any inspections of Forms I-9 or other employment records within 72 hours of receiving notice of the inspection, including:

In addition, employers will be prohibited from reverifying the employment eligibility of a current employee at a time or in a manner not required by specified federal law. Violations of this requirement will be subject to a civil penalty of up to $10,000.

And finally… Harvey Weinstein’s sordid behavior as a serial harasser remains all over the news, with more revelations seemingly on a daily basis. But even before the New York Times made Weinstein’s behavior public, California employers with 50 or more employees were required to provide two hours of sexual harassment training for supervisors every two years.

Beginning January 1, 2018, these employers must include additional training information on gender identity, gender expression and sexual orientation. The training must include practical examples of the harassment. The new law also requires employers to post a poster, developed by the California Department of Fair Employment and Housing, on transgender rights.