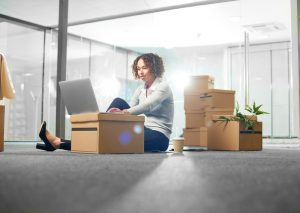 If early fall is hiring season, then mid-to-late fall is temporary hiring season. In fact, when those Halloween decorations come down and holiday decorations go up, assume companies are planning for their temporary winter workforce. For example, Amazon is hiring 120,000 workers in 33 states just to account for holiday demand this year. And you thought you had a busy onboarding schedule!

Temporary workers can be hired for all kinds of different reasons. In retail it’s a cyclical need to support companies when they get more foot traffic from consumers. When it comes to organizations like FEMA, they’re hiring temporary workers this time of year to help various communities with disaster recovery, making their need more event-based. But whether you’re getting geared up for the holiday retail season or natural disasters have forced you to bring in replacement workers on a contingent basis, temporary employees bring a host of compliance challenges.

The most obvious consideration is loyalty. The people you’re bringing in on a temporary basis presumably know they’re temporary, and that impacts how closely they’re planning to follow company policy, the amount of effort they will put into their work, and the lengths to which they will go to protect your company when faced with a moral or ethical quandary.

You should also assume that these employees have a shorter attention span than those who are looking to make a career with your company. So if you’re doing intensive training and orientation with temporary employees, a lot of your effort might be lost on individuals who have limits in terms of their maximum engagement level. Rather than train them like any other employee, dedicate your most intensive training to employees who you need to cultivate over a long-term basis, and leave the training of temporary workers limited to a “need-to-know” basis.

You can actually kill two birds with one stone this way – improve the morale of long-term employees by making them feel special and maximize the attention of temporary workers when training them only on the things that will be relevant to them in the ensuing few months.

There’s also the question of shielding your sensitive proprietary information and intellectual property from individuals whose tenure has a limit. According to software security firm Avecto, 72% of temporary workers are given administrative privileges on their employers’ IT networks, while only half are informed of company policy and restrictions pertaining to network usage network and data sensitivity.

Finally, be careful about how you position temporary employees as it pertains to wages and benefits, otherwise a temporary employee can turn into a long-term litigation problem. Significantly, you may not even want to refer to these individuals as “employees.” Instead, you might use a corporate euphemism like “special engagement individual” as opposed to “temp,” which can carry an unwanted stigma and burden with it.

By creating classes of workers, you can better protect your company when it comes to disagreements or misunderstandings pertaining to benefits eligibility and even unemployment claims. You can also (again), boost the morale of true “employees” by making sure they realize the privilege of full employee status. And that might even foster a better work ethic and attention to detail in your temporary workers, if they can clearly see the distinction in benefits between temporary and “permanent” status. By my count, that’s killing three birds with one stone!

Ultimately, temporary employment is a great opportunity for a trial or test run for future employees, but play your cards close to your vest and don’t be afraid to test the loyalty of your “special engagement individuals.” You might discover someone worthy of a stronger commitment.

The Other Hurricane Harvey

After the allegations against Harvey Weinstein surfaced, the impact has rippled across the entire business community. It’s safe to say that almost nobody who has committed sexual harassment in the workplace is safe nowadays, and that is a great thing, not only for the people who were their victims, but for future would-be victims and overall business integrity.

However, despite the outspokenness of victims and the ubiquity of stories about the #metoo phenomenon, this is not an excuse for HR or business owners to sit back and wait for complaints to come out. For every victim who has told a story, there are probably dozens who are still afraid to tell theirs. Vigilance is the name of the game, as well as developing a full understanding of legal obligations pertaining to sexual harassment claims and investigations.

First and foremost, train your managers and supervisors. If you’re in California, Connecticut or Maine, you are legally required to conduct training in many cases. But in other states, training is one of the best investments you can make to protect your workers and ultimately, your business.

Why, you ask? Because harassment committed by a supervisor or manager is essentially a strict liability claim. There is almost no defense an employer can make against a legitimate claim of sexual harassment by a manager or supervisor, so don’t wait until after an incident happens to take action.

While you’re at it, you may as well train everyone else as well (though you’ll still want to pay special attention to those in a position of power). You see, even if harassment is committed by a colleague as opposed to a manager, that may still trigger obligations on behalf of the employer and you may still get sued anyway. And in our litigious society, if you get sued you’ve already lost. So take the time to make sure all employees understand their responsibilities toward one another and what kinds of behaviors are verboten in the workplace. And whatever you do, don’t be this guy.

When (if?) the sexual harassment furor dies down, perhaps the next frontier of discrimination is age discrimination. Not only is the workforce getting older, but technology is playing an increasingly larger and more significant role in our daily work lives, creating natural dichotomies of workers in terms of their technological acumen. In Silicon Valley, you may already be discriminated against if you’re a Generation X employee, given the stigma of not being a “digital native.” So people who grew up listening to Pearl Jam are already too old? Boy that happened fast!

Creating these code words to hide intended discrimination is perhaps as old as employment itself, but despite decades of Title VII and state-specific discrimination litigation, clearly some employers still haven’t learned the lesson. It’s no surprise that this stuff happens in the tech world, however, which has developed a reputation of eschewing HR, which it views as too cumbersome, bureaucratic and slow-moving. But ask a company like Uber how their fortunes might have turned with a more robust HR department earlier in its tenure.

Speaking of Uber, it’s not out of the (ahem) traffic jam just yet. In addition to all of its existing compliance challenges (dozens of wage and hour cases, class action lawsuits by drivers, a poisonous company culture, etc.), female employees in San Francisco are claiming gender discrimination relating to compensation and benefits. Maybe Uber should develop an app to summon an attorney?

When it comes to disability discrimination, perception is not always reality. Recently, the New York Court of Appeals (New York’s highest court) ruled that the New York City Human Rights Act does not protect employees solely on the basis of a perceived problem with alcoholism. In order to have a valid claim, an employee must actually be a recovered/recovering alcoholic and no longer abusing alcohol. The fact that the worker in this case was diagnosed with prior alcohol abuse and dependence was not sufficient because both the doctors and employees in question agreed that they were “not actually alcoholics” at the time the alleged adverse employment action occurred.

In the last edition of HR Intel, we asked you how “A Change is Gonna Come” by Sam Cooke is relevant to HR. And let me tell you, when I picked that song, I had no clue how much October 2017 would change the world. In the last four weeks alone, victims of sexual harassment have come out with their stories in droves, effecting much needed and painful changes in the ways companies do business. The takeaway here is to be ready. Never rest on your laurels and expect to coast. Tomorrow may bring another Earth-shattering news development and – as usual – HR will be expected to lead the way in easing the transition from one reality into the next.

We leave you with “7 Years” by Lukas Graham.