Minimum Salaries for White-Collar Employees: Will States Pick Up Where US Labor Department Left Off? 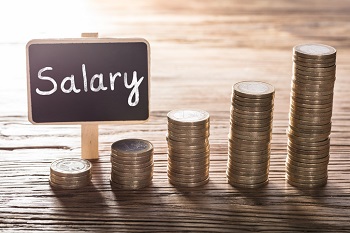 After the Department of Labor’s rule raising the minimum annual salary for most overtime-exempt employees from $23,660 to $47,476 was invalidated by a federal court last year, it appears some states may step in to finish the job started by the Obama administration.

Currently, eight states have minimum compensation thresholds for overtime exemptions that are higher, or will eventually be higher, than then federal minimum of $23,660 per year:

More may join the ranks this year.

In Pennsylvania, the state labor department is expected to propose rules next month that would raise the minimum salary for white-collar employees to $47,892 by 2022, and then adjust it for inflation every three years thereafter.

The current minimum salaries for overtime-exempt workers in Pennsylvania were established in 1977, and range between $8,060 and $13,000. As a result, these workers must be paid the federal minimum $23,660 except in rare cases in which an employer is not covered by the Fair Labor Standards Act. “Four decades is far too long for Pennsylvania’s overtime regulations to remain stagnant,” the state’s Acting Labor & Industry Secretary Jerry Oleksiak said. “Updating the overtime rules to keep pace with our 21st century economy is the right thing to do for the hardworking men and women of the commonwealth.”

Similar legislation has been introduced in other states, as follows.

In Arizona, HB 2436 and SB 1193 would require overtime-exempt executive, administrative and professional employees to be compensated on a salary basis at a rate equal to the 40th percentile of weekly earnings for full-time non-hourly workers in the lowest-wage Census region for the second quarter of the year preceding the effective date of the bill. This rate would be re-adjusted on January 1, 2021, and every three years thereafter. (This mirrors the methodology by which the US Department of Labor would have calculated minimum salary thresholds under its invalidated rule.)

In Rhode Island, SB 2103 and HB 7428 would, effective January 1, 2021, raise the minimum salary for overtime-exempt executive, administrative and professional employees from $200 to $1,036 per week. Every year thereafter, the minimum salary would be adjusted to be no less than the 40th percentile of weekly earnings for full-time nonhourly workers in the Northeast Census Region in the second quarter of the preceding year.

Meanwhile, in Maine, the bill LD 1769 would, if passed, actually lower the minimum salary for overtime-exempt executive, administrative and professional employees from a rate equal to the state minimum wage multiplied by 3,000 ($30,000, currently, and scheduled to increase to $33,000 on January 1, 2019) to the federal minimum of $23,660.

XpertHR will continue to track these bills and any other legislation that is introduced.