From #SHRMLeg: How Employers Deal with Marijuana, Opioids and Other Drugs in the Workplace 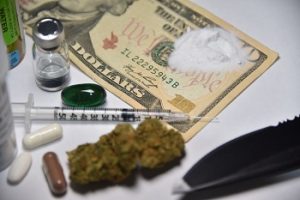 With the human and economic costs of the opioid crisis dominating the headlines, the topic of how to deal with drug use in the workplace proved to be a popular topic at the 2018 SHRM Employment Law and Legislative Conference. In a session entitled “Changes to Marijuana Laws and the Opioid Crisis: How Employers Are Dealing with These Complicated Issues,” Jim Reidy of Sheehan Phinney spoke to the overflow-capacity crowd regarding the rapidly evolving legal and policy landscape.

Briefly stated, employers may need to revisit their drug and alcohol policies and testing procedures for a variety of reasons, including changing law, culture and recruitment realities.

Crisis, By the Numbers

Reidy cited the Drug Enforcement Administration’s 2017 National Drug Threat Assessment, which stated that drug overdoses are the leading cause of injury deaths in the US. This means that overdoses caused more deaths than firearms or car accidents during the same period. In addition, Reidy explained that according to the National Safety Council, 71% of employers are affected by prescription drug abuse, and 41% of employers who drug test do not test for synthetic opioids.

And while President Trump has announced that the opioid crisis is a public health emergency, Reidy clarified that by not proclaiming the crisis a “national emergency,” there are fewer resources available to address the issue.

SHRM “supports preserving employers’ ability to conduct background checks for employment purposes. These checks serve as an important means to promote a safe and secure work environment for employees and the general public.”

Workplace issues related to drug use (whether on- or off-duty use) include increased attendance issues, performance problems and safety concerns. In addition, Reidy explained that a link exists between marijuana use and unemployment claims.

A majority of the attendees worked at organizations that had implemented a policy that addressed drug testing in the workplace, including post-accident, random, reasonable suspicion or post-offer preemployment testing. Yet employers need to exercise caution regarding federal and state requirements with respect to applicant and employee drug testing.

The Dichotomy Between Federal and State Law and Enforcement

Reidy elaborated on the current friction between federal and state law with respect to marijuana legalization, and the uncertainty and confusion that the rescission of the Cole memo under Attorney General Jeff Sessions has brought to the workplace. Specifically, the federal government “is taking a new and less forgiving look at states where marijuana is legal.”

Contrast the federal position with the state of Maine, which restricts employers from firing employees simply based on a failed first drug test. (Not to mention the 30+ states that have legalized marijuana in some form.)

Certain employer groups, such as post-secondary institutions, federal contractors and facilities offering palliative care, keenly feel the pressure of choosing between the federal funding available (but subject to strict drug-free workplace requirements) and the ability to effectively recruit and retain top talent in a tight labor market.

Other than criminal enforcement of marijuana, laws that may address the use of legal and illegal drugs by employees include state off-duty conduct laws, the Americans with Disabilities Act and worker’s compensation laws.

Balance of Risks and Benefits

While safety risks and performance concerns are important to employers, Reidy asks, “Can you afford not to hire individuals who use marijuana?”

Quite a few attendees had recently amended their policies specifically to exclude marijuana. Because of limitations of testing for marijuana (for example, no breathalyzer is currently available to reliably test for THC), and the difficulty in identifying opioid use in the workplace (due, for example, to the absence of a telltale smell), an employer cannot always determine an employee’s impairment from current drug use while at work.

In addition, attendees debated the use of Narcan (which can block the effects of opioids during an overdose) by employees during a workplace emergency, which could result in liability risks to an employee or employer if the drug is administered by an individual who has not been properly trained.

Regardless of how employers address marijuana and other drugs within their workplace policies, Reidy suggests that employers should consider championing “recovery friendly workplaces.” This includes focusing on supervisor training, workplace education and outreach, and coordination with employee assistance programs (if offered) to maximize retention and productivity.

How is your organization responding to the changing workplace realities with respect to marijuana or opioid use? Please let us know by leaving a comment below.