Survey Says: Employers Have Heightened Concern With Sexual Harassment in 2018 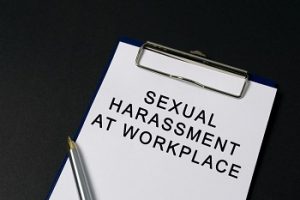 Sexual harassment policies and training will remain a concern to many employers in 2018, according to a recent XpertHR survey. The survey revealed that employers plan to tackle the issue in a variety of ways, including:

Over the last year, sexual harassment has been brought to the forefront of employers’ minds as:

Because of the increased focus on the topic, XpertHR took the temperature of a wide variety of HR professionals to see how they are currently handling the issue and how they plan on handling it in the future. The February 2018 survey received over 500 responses from small, medium and large employers across a wide variety of industries in all geographic areas of the country.

As expected, the survey revealed that most employers (92%) have a formal sexual harassment policy in place. Additionally, 35% of the surveyed organizations said they were planning to implement a policy in 2018.

Most of the HR professionals surveyed (74%) said their organizations currently offer sexual harassment prevention training. Additionally, when the survey participants were asked about their plans for training in 2018, 29% said they were planning to offer sexual harassment prevention training, 43% were unsure and 27% said they were not planning to offer it.

Providing both employees and supervisors with sexual harassment training is an important part of minimizing the risk of harassment in the workplace. In fact, it’s even required in some states.

Employers also need to provide additional training appropriate for supervisors that educates them about how to:

An employer should promote and maintain a “See Something, Say Something” culture in the workplace for potential observers of sexual harassment. This is why bystanders should also be provided with sexual harassment training.

For a variety of reasons, it’s often difficult for victims to speak out against their harassers, making it all the more important for bystanders and coworkers to feel like they have the ability to do so when they have seen something troubling. This means an employer needs to make sure it has a clear, multilevel reporting process that both victims and observers can use to report any type of harassment in the workplace.

However, for the HR professionals that indicated their organizations had settled harassment claims in the last five years, such settlements were often costly. When they were asked to estimate the average size of the amount paid for each settlement, the survey respondents revealed that:

Many of the XpertHR survey respondents were worried about confidentiality agreements protecting harassment perpetrators, and there may be truth to that notion. For instance, a good number of the big names in the news over the past year allegedly had confidential settlements, but their behavior continued.

When the survey participants were asked whether they thought confidentiality agreements should be included in sexual harassment settlements, 39% said yes, 28% said no and 32% said they had no opinion on the matter.

Not taking steps to prevent sexual harassment and avoid common mistakes is a risky move for employers, especially in the #metoo era. If an employer does not properly address the issue, it could risk:

How is your organization planning to address sexual harassment in 2018? Please let us know by leaving a comment below.