Could the World Cup Produce a GOAALLLL in Your Workplace? 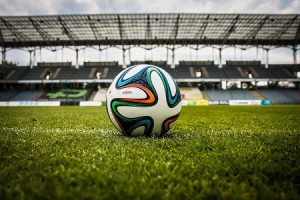 Did World Cup fever infiltrate your office this summer? Employee symptoms may include:

The World Cup is a global phenomenon and by far the biggest sporting event in the world. (Over a billion people tuned into the final match of the 2014 World Cup in Brazil.) It’s kind of like a worldwide March Madness that comes around every four years for one wild month and often recruits your employees, and even supervisors, into the mania.

Some employers may have privately breathed a sigh of relief that the US failed to make the tournament this year because they thought that would mean less interest in the tournament from their employees. For example, during the last World Cup in Brazil, a few employers may have received a note signed by then US head coach Jurgen Klinsmann excusing an employee from work during a US game.

However, this tournament has been a wild ride with underdogs overachieving, global soccer powerhouses making early exits, and the biggest soccer stars in the world going home early. So even without the US team kicking a ball in a match, this World Cup has engaged soccer fans and newbies alike.

Could employers win by embracing World Cup fever and its symptoms to increase employee engagement?

One of an employer’s biggest concerns with huge sporting events like March Madness and the World Cup is the potential loss of productivity. This is a legitimate concern, although American workplaces haven’t gotten close to the level of the World Cup fever outbreak in other countries yet.

For example, let’s look at Brazil. My husband and I have traveled to the last two World Cups (this year to Russia and to Brazil in 2014). Most Brazilian employers didn’t even bother trying to contain the madness. If Brazil was playing on a particular day, workplaces just completely closed hours before the game started. In fact, stores shut down, and the only places that generally were open were restaurants and bars where the game would be on, and a crowd would be watching.

Now, there’s no need for American employers to go that far. However, although employers may (legitimately) be inclined to worry about the loss of productivity, they could also use this time to their advantage. Employers can boost employee morale and provide some World Cup “perks” or “benefits” for their employees by embracing the madness just a little bit.

The reward for leaning into World Cup fever may be increased employee motivation and engagement. In fact, according to a survey from OfficeTeam, almost half of the professional respondents (46 percent) said they were big fans of celebrating sporting events in the office.

It’s inevitable that some World Cup talk and excitement is going to invade the office, but it’s a chance for employers to engage their employees and boost morale. Some activities that employers used to embrace the World Cup included:

Prevent Own Goals in Your Workplace

Of course, no matter how you as an employer decide to handle the World Cup, make sure you review applicable policies with your workforce so your team knows what is and isn’t allowed.

If you decide to embrace the World Cup (at least to some extent), the key may be to develop a balance but not go overboard. If someone is abusing your goodwill and spending hours streaming live games, address it according to your policies and procedures. But realize that most of your employees are hardworking and aren’t going to abuse your trust in them. Letting them check the scores every now and then isn’t going to financially doom your organization.

However, it is important to address the potential gambling component that often arises from the tournament. While sponsoring workplace World Cup activities may have a positive effect on workers, employers still need to think about the potential risks of such activities.

Employers can also be comforted by the fact that these World Cup fever outbreaks only happen every four years. So you’re safe until 2022!

How has your organization dealt with World Cup fever? Let us know by leaving a comment below.