Is the Gig Economy More Myth Than Reality? 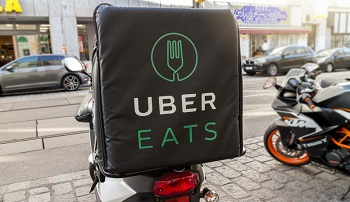 The “gig economy” has been called a game changer for the relationship between companies and their employees. The rise of Uber, Lyft, GrubHub and others has drawn a good deal of attention to alternative work arrangements.

But a recent Bureau of Labor Statistics (BLS) report calls into question how much of a trend the gig economy really is. In fact, the BLS findings actually show a slight decline in the number of US workers employed in alternative work arrangements between 2005 and 2017, turning what was thought to be the conventional wisdom upside down.

On my new XpertHR podcast, Portland employment attorney Richard Meneghello calls the report into question and expresses dismay with the results. Meneghello heads the Gig Economy Practice Group at Fisher Phillips and notes that the report failed to include certain categories of workers, including online workers and those with full-time jobs who perform gig work on the side to supplement their income.

“This report should not lead anyone to believe that the gig economy is not a growing force in the nation’s economy,” said Meneghello. “I don’t think you will see it slow down any time soon.”

He adds that Uber and Lyft drivers in particular are doing such work on the side, so to not include those workers in the report means that a huge segment of the workforce is not being counted. “Given the fact that most gig economy companies rely upon workers picking up side jobs to carry out their work, this seems like an awfully big oversight that might cause one to ignore the data altogether,” says Meneghello.

But the Portland management-side attorney acknowledges this is easier said than done.  The problem with the report, he contends, is that if regulators conclude that the gig economy is no more than a passing fad, then key classification issues could be left unanswered and lead to more litigation.

“It could mean a continued bout of uncertainty when it comes to classifying these workers, whether they’re independent contractors or employees,” says Meneghello. “If you’re an HR professional right now, this report is not good news, and not because of what the data says but because of what it doesn’t say, because it didn’t include the full spectrum of gig workers.”

This report comes on the heels of the California Supreme Court’s Dynamex ruling that makes it significantly more challenging for companies to classify workers as independent contractors rather than employees. Dynamex established an employee-friendly “ABC test,” under which a worker will be considered an employee under California’s wage orders unless the hiring entity can show that the worker:

Some have called Dynamex a “major setback for gig economy companies.” But it’s likely not the last word on the issue. For more insights on the gig economy, listen in to our XpertHR podcast.