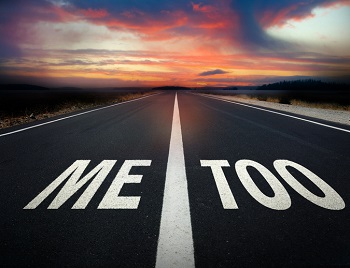 CBS Chief Les Moonves has become the latest high-profile executive accused of harassment in the #MeToo era and surely won’t be the last. Six women have accused him of sexual harassment or misconduct from the 1980s to the 2000s. But give Late Show host Stephen Colbert credit for taking time during an opening monologue to address the controversy surrounding Moonves, the man who hired him, head on.

“Everybody believes in accountability until it’s their guy, and make no mistake Les Moonves is my guy. He stood behind this show while we were struggling to find our voice, and I like working for him” said Colbert. “But accountability is meaningless unless it’s for everybody—whether it’s the leader of a network or the leader of the free world.”

It was fitting that Colbert used his powerful pulpit to make a statement because sexual harassment is so often about power—who has it and who doesn’t. And it would be hard to find someone more powerful in the media industry than Moonves.

But as Philadelphia employment attorney Jonathan Segal noted on our most recent XpertHR podcast, “Sexual Harassment 2.0, Now What?,” power doesn’t just start at the top. “If you’re a $10-an-hour person who works in a hotel and the $12-an-hour employee comes onto you, he has Harvey Weinstein-like power [over that person],” said Segal.

Weinstein was the low-hanging fruit that launched the #MeToo movement, a bully and serial predator whose alleged conduct went way beyond the pale. And it remains to be seen where the independent investigation will go surrounding Moonves, a more well-liked executive with a record of promoting women but who nonetheless faces serious claims of forcible kissing, unwanted advances and retaliation.

But most cases don’t rise to this level of publicity. And still more fall into an area where there are shades of gray, especially when the harassment claims may have arisen out of a workplace relationship gone bad. Segal also points to hugs in the office as another example.

So what role can HR play in investigating sexual harassment claims? In cases against high-level executives, the best course is an outside investigation. But in many other situations, Segal said, HR can be a valuable resource in taking action despite some of the criticism the profession has received. According to Segal, leadership teams need to show that they value HR and that it plays a critical role in decision-making.

So long as HR is empowered, he said, then employees will have more confidence in its ability to solve problems, including those involving sexual harassment.

“You don’t read about the hundreds of cases where the problems have gone away because HR took appropriate corrective action,” noted Segal. “But no one calls the New York Times and says, ‘HR did a great job.’ And HR often does do a great job.”

For more of Segal’s insights on sexual harassment in the workplace and what employers need to know, listen in to the latest XpertHR podcast.