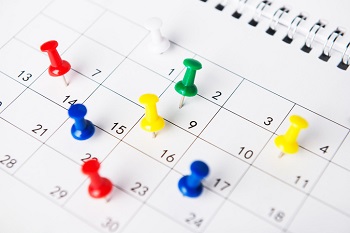 Workplace flexibility has been a trending concept in HR for some time now. Many employers and workers are fans of the concept because it does not tackle the question of if work gets done, but when and how. (The gig economy surged in part because of the concept.)

However, from an employer’s perspective, the enforcement landscape has developed into multiple compliance obligations that intersect with a number of already regulated areas, such as wage and hour, payroll and leaves of absence.

Bruce Sarchet of Littler Mendelson discussed the evolution of workplace flexibility from a regulatory perspective, focusing on the topics of predictable and flexible scheduling during an XpertHR webinar.

Flexible and Predictable: The Differences

Flexible scheduling laws create a legally protected right for employees to seek accommodations and changes in their schedules. These laws are also referred to as “right to request” laws, because they protect an employee’s right to be free from retaliation in the event that the employee requests some flexibility in his or her schedule. The first flexible scheduling law was San Francisco’s Family Friendly Workplace Ordinance (enacted in 2013).

Absent specific legislation, flexible scheduling (or modified work schedules) can be a desirable workplace practice and act as a reasonable accommodation under the Americans with Disabilities Act (ADA).

Predictable scheduling laws (or predictive, secure or fair scheduling) require an employer to provide advance notice to employees of work schedules. If an employer fails to comply with the advance notice provisions, then it may be responsible for “predictability pay” or additional penalties for making changes to posted work schedules. In addition, employees could have a right to refuse work if the schedules are not communicated in advance.

Various provisions also require employees be provided an “opportunity to work” – any new hours should be offered first to existing employees before hiring additional workers.

Many of these laws have so-called “clopening” provisions, in which an employee may not be scheduled for back-to-back closing and opening shifts without additional pay (or an employer risks an even greater penalty). In other words, employees should be guaranteed a minimum amount of time between shifts.

Predictable scheduling laws tend to have some other commonalities:

In 2014, the San Francisco Retail Workers’ Bill of Rights first introduced the concept of “predictability pay,” and other progressive jurisdictions were quick to study the issue and eventually enact similar laws. At first, these laws were only limited to a very few municipalities and initially targeted to only certain industries:  retail, fast food and hospitality.

However, the predictability’s reach continues to grow.

A poll of webinar attendees revealed a wide range of advance scheduling practices, which may be dictated by the nature of an employer’s industry (e.g., providing services that require on-call scheduling): 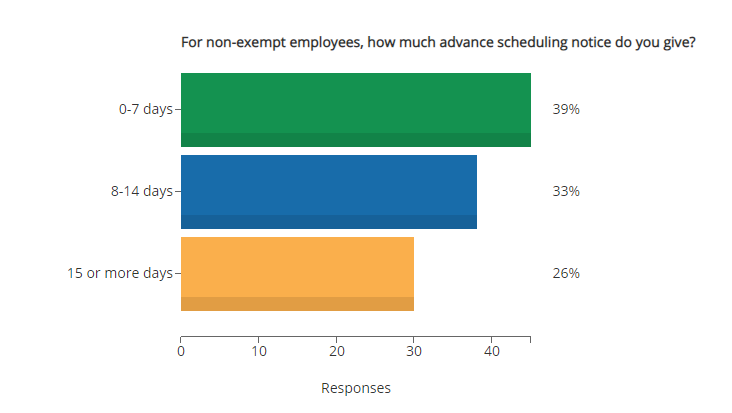 If operating under certain jurisdictions’ requirements, up to 39% of webinar attendees could be subject to predictability pay provisions and/or associated penalties.

Although workplace flexibility programs can be a win-win for employers and employees alike, the increasing regulation of how and when an employer may schedule an employee to work has created onerous obligations for employers. The shift from flexible to predictive or secure scheduling has resulted in steep fines and increased business costs for some.

From an employer’s perspective, predictable scheduling laws tend to:

The multijurisdictional nature of scheduling regulation results in a patchwork of compliance obligations rather than a consistent overarching law. An overarching federal law would achieve this uniformity, especially if it would include a preemption provision that would limit state or local enforcement efforts. Although there have been lobbying efforts for this type of legislation, no federal bill has been passed.

The majority of XpertHR webinar attendees did not operate in a jurisdiction with a scheduling law: 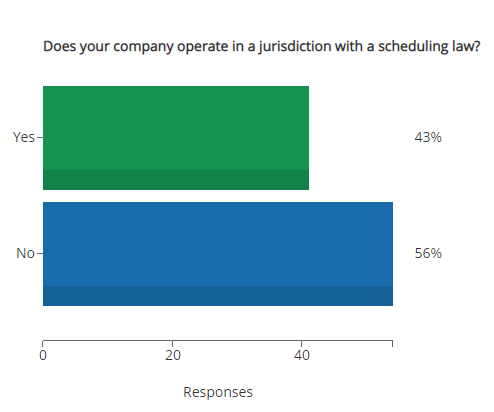 However, this may soon change. While certain jurisdictions (including Vermont and New York City) have flexible scheduling laws, others may soon follow suit.

Various questions from attendees centered on who is covered by the specific scheduling laws. For example, many of these laws do not specify employer coverage in circumstances where an employer has enough employees to be covered as a whole, but not in the specific jurisdiction.

Sarchet described New York City’s attempts at responding to “frequently asked questions” by retail and fast food employers as complex to say the least: the resulting document is a whopping 36 pages long. (The Temporary Schedule Change Law, which applies to all New York City employers, has FAQs that constitute an additional 11 pages of dense reading.)

Even more frustrating to employers, because this is an area of the law that continues to develop, many answers to questions continue to be “it depends,” because many complexities remain unresolved by regulators or the courts.

While compliance may be challenging, it is very possible. Sarchet offered practical suggestions for employers to comply with scheduling laws and engage with employees: