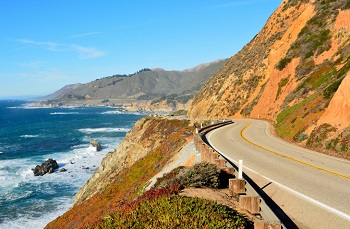 California employers seemingly need a scorecard each year to keep up with all of the employment law changes afoot, but this is especially true in 2019.

From a significant expansion of the state’s sexual harassment prevention law to a first-of-its-kind diversity law and more, a host of new measures took effect on January 1. And that’s not all as several minimum wage increases in various locales will kick in effective July 1.

With Governor Gavin Newsom taking the helm this year, it’s expected that more employee protections could be on the way as former Governor Jerry Brown had vetoed a few of the bills in recent years that employers found most objectionable.

So here’s a look at some of the most notable new laws affecting employers this year amongst the dizzying array of developments.

Breaking New Ground in the Boardroom

California has become the first state to require publicly-held corporations that are headquartered in the state to have at least one woman on their board of directors. The new law includes steep penalty provisions and could affect hundreds of employers.

Companies have until December 31, 2019, to comply. But the novel law includes additional compliance requirements by the close of 2021, including if there are:

The San Diego-based Board Governance Research recently examined the board makeup of 642 publicly-traded California-based companies and found that 184 of them, nearly 30%, will have to add a female director this year to comply with the law.

In its report, Board Governance Research noted that companies with higher levels of gender diversity have stronger financial performance, stronger governance practices and a more engaged workforce.

But on an XpertHR podcast, Littler shareholder Bruce Sarchet wondered how minority groups left out of these diversity requirements will react going forward since the provisions only account for women.

“Every time there’s a preference given to one group, on the flip side of that is there’s another group being discriminated against,” said Sarchet.

Effective January 1, 2019, California AB 3080 made it illegal for employers to ban workers, as a condition of continued employment, from:

The law also extends to contracts with independent contractors.

“The right to talk about or sunshine your settlement is there in California law now,” said Sarchet, subject to limited exceptions. “In general, any time a business is going to be asking an employee to release claims that could include employment discrimination or harassment, you’re going to need to look very carefully at the words you use in these types of clauses in your settlement agreements.”

What’s more, temporary and seasonal employees are included within the law. And, they must undergo training within 30 days or 100 hours of starting their jobs, whichever comes first.

“The new [law] will force many employers to overhaul their current training protocols in light of the new requirements,” said Anthony Oncidi, who heads the labor and employment law group at Proskauer’s Los Angeles office. He also notes that if employers simply require employees to “comply” by clicking through government supplied online training, “that may not deliver the right message regarding the employer’s commitment to prevent and remedy workplace harassment.”

Meanwhile, Sarchet said it’s more important than ever not just to “talk the talk, but also to walk the walk” for employers when it comes to anti-sexual harassment training so that their managers and supervisors are ensuring the workplace is free from prohibited harassment.

Also effective January 1, California amended its 2018 salary history question ban to allow employers to ask about a job applicant’s “salary expectations” and to clarify when a job applicant may inquire about an employer’s pay scale.

The amendments address unanswered questions, including who qualifies as an applicant. “The current law says an employer must provide, upon reasonable request, an applicant with the pay scale for the position sought,” Sarchet explained. “The question came up, can any person off the street ask what the pay scale is?”

The answer, according to the “cleanup” legislation is no. “You have to actually have gone through at least one job interview before that right to ask about the pay scale comes into play,” said Sarchet.

In the immediate future, the following California municipalities are slated for varying minimum wage increases (ranging from $13.25 to $15.69) effective July 1:

But there are other potential changes on the horizon. Anthony Oncidi said he fears that the state’s new governor, Gavin Newsom, will sign one or more of the bills vetoed by former Governor Jerry Brown that would outlaw mandatory arbitration in the state.

“Brown correctly noted that any effort on the part of California to do that would quickly be struck down on FAA [Federal Arbitration Act] preemption grounds. I’m not so sure Newsom will care,” said Oncidi. He added that it has become almost impossible for an employer to get a case dismissed on summary judgment in most hostile workplace cases.