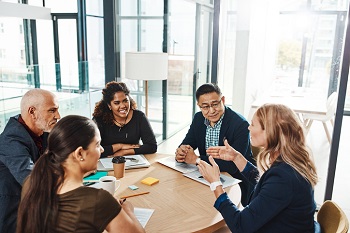 On a recent XpertHR podcast, Littler employment attorney Cindy-Ann Thomas, co-chair of the firm’s EEO & Diversity Practice Group, noted that diversity is really not the problem for most organizations. Instead, the big challenge is improving inclusion efforts.

Inclusion is what an organization does through its actions and policies to ensure that all employees feel valued as team members. For instance, it’s one thing to attract women and minority employees but quite another to make them feel welcome and keep them.

Along those lines, Thomas explains that it’s especially important for companies to examine their coaching and mentoring systems. A lack of good mentors, she notes, is a big reason why many employees don’t feel included and decide not to stick around.

One of the most talked about diversity initiatives of the 21st century has been the National Football League’s Rooney Rule, named for the Pittsburgh Steelers late owner Dan Rooney, who chaired the NFL’s Diversity Committee. The Rooney Rule was adopted in 2003 and requires every NFL team to interview at least one minority candidate when it has a head coaching vacancy.

Most famously, the rule led the Steelers to hire a then-unknown assistant named Mike Tomlin as its first African American head coach in 2007. Twelve years later, Tomlin is an unquestioned success and the second longest tenured coach in the NFL.

But the NFL currently has just three minority head coaches out of 32 teams so it’s clear there is still a long way to go. Thomas says there are some telltale reasons for that, including:

The last one is significant because teams can claim they complied with the rule by interviewing a minority candidate, regardless of how seriously they are considering that candidate for a head coaching position. So they check a box, but the numbers remain stagnant.

“The Rooney Rule has helped some, but it hasn’t helped a lot,” said Thomas. “If there are no checks or balances to ensure a fair interview, and there’s a relatively small punishment for transgressions, that’s a problem.” For instance, she calls a $200,000 fine for multi-billionaire owners “a slap on the wrist.”

Thomas says there are other lessons corporations can draw from the Rooney Rule and where it has fallen short. She points out that a major problem is that the rule does not “go low enough in the food chain.” Thomas explains, for instance, that corporations cannot look solely at the upper echelon positions, but also must feed the pipeline by applying diversity rules to jobs that lead up to the top.

Some employers have turned to diversity bonuses to ensure improvement of their minority hiring numbers. But Thomas warns there are legal risks with directly compensating a manager for choosing one candidate over another based on race, sex or ethnicity, no matter how well-intended a company’s efforts may be.

A better option is to include diversity as a component in a broader overall performance calculation for managers and executives with responsibility for encouraging diversity. Thomas also recommends incentivizing recruiters.

What HR Can Do

Ensuring that interview panels are diverse is at the top of the list. This holds true not just with race, gender and ethnicity, but with other factors such as education, personality types and communication styles. Otherwise, Thomas said, “You might create a team of what I call mini-me’s.”

For more key insights on diversity and inclusion, listen to our latest XpertHR podcast or check out our Supervisor Briefing.