5 Ways Your Company May Be Discriminating Against LGBT Employees 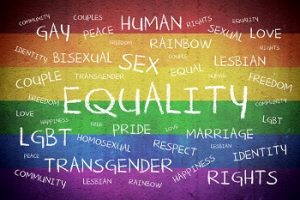 June is Pride Month, celebrating the lives of individuals identifying as lesbian, bisexual, gay and transgender (LGBT). It also marks the 50th anniversary of the Stonewall Uprising and the birth of the gay rights movement.

The fight for gay rights has come a long way.  In 2015, the Supreme Court legalized same-sex marriage in Obergefell v. Hodges. In addition, many states and cities prohibit LGBT workplace discrimination. The EEOC also considers sexual orientation and gender identity to be a form of sex discrimination.

While the nation’s highest court has yet to go that far, it is being asked to decide in its 2019-2020 term whether sexual orientation and/or gender identity discrimination violates Title VII of the Civil Rights Act.

Despite the shifting landscape, all too often LGBT individuals suffer discrimination, harassment and retaliation in the workplace. For instance:

Here are five ways your company many be discriminating against LGBT individuals and what you can do to avoid this.

When it comes to restroom and dressing room facilities this is a situation that can create a great deal of anxiety for transgender individuals as it involves a private matter and potentially disrobing in front of supervisors or co-workers.

Employers that maintain policies requiring employees to use the restroom or facility that corresponds to their sex at birth could be violating the law. Some states and cities have enacted laws requiring all single-occupant restrooms to be gender-neutral and accessible for persons of all genders, gender identities and gender expressions, including:

Further, EEOC Guidance provides that denying an employee equal access to a common restroom corresponding to the employee’s gender identity is sex discrimination. In order to enhance employee privacy and comfort, employers should consider single-occupant gender neutral restrooms or dressing rooms or installing additional privacy measures such as dividers and stall doors.

Keep in mind that if another employee objects and raises a complaint about an LGBT individual using a specific restroom or dressing room that employee should be offered the use of an alternative facility.

Offhand comments, jokes that may at first seem funny, but are actually incredibly inappropriate and offensive, snide remarks, plus graphic images and cartoons all may seem somewhat innocuous at first when circulated in the workplace. But this conduct could create an unlawful hostile work environment.

Thus, it is critical to maintain strong EEO policies and provide employees and supervisors with training on harassment and how to avoid a hostile work environment.  Train employees and supervisors to avoid the use of stereotypes and slurs as well as refrain from using offensive language and jokes. All individuals should know how to identifying harassing conduct and report it to management.

Further, an employer needs to institute a multichannel complaint procedure allowing complaints to be brought to various members of management. All individuals in the organization should be held accountable for LGBT discrimination, even those at the highest levels should not get a pass just because “that’s the way he is” or “he is too old to know better.” Harassing conduct should be called out and investigated with disciplinary measures imposed if necessary.

While an employer may have legitimate business reasons for imposing dress code and personal appearance policies (maintaining a public and professional image, protecting employee and public safety, requiring uniforms to make employees recognizable to the public), be careful that dress codes do not discriminate against LGBT individuals.

Thus, it is best practice for an employer to avoid provisions perpetuating male and female stereotypes such as:

Dress codes and appearance policies should be amended to avoid reinforcing gender stereotypes, and so that they do not burden one sex more than the other.   Employees should be permitted to dress in a manner consistent with their full time gender presentation.

It is important to treat LGBT employees equally with respect to health-related and leave-related policies. Providing attractive benefits is an important part of remaining competitive in the marketplace and retaining top talent regardless of sexual orientation and gender identity.

What’s more, the Affordable Care Act specifically bans discrimination in most insurance coverage, including the denial of health care on the basis of gender identity. Therefore, excluding transition-related care from coverage, or denying coverage for a transgender employee, would be unlawful.

Thus, an employer should ensure:

LGBT employees often may experience feelings of loneliness and isolation at work. They feel left out as if they do not fit in with co-workers, and they may feel ostracized from group social activities. Even worse, a Career Builder survey indicates that 4 out of 10 LGBT works report feeling bullied at work, which is 11% points higher than the national average for all workers combined. LGBT individuals reveal:

• 61%  were falsely accused of mistakes;
• 50% had their comments ignored, dismissed or not acknowledged;
• 47% were gossiped about;
• 42% were picked on for personal attributes;
• 40% were constantly criticized by a boss or co-worker;
• 31% were purposely excluded from projects or meetings; and
• 28% experienced comments being made about them during work meetings.

In order to combat this, and maintain a diverse and inclusive workplace where all individuals feel welcome and respected, it is critical to provide enhanced training on diversity, inclusion and sensitivity. Training and comprehensive policies on workplace bullying, violence, and intimidation should be highlighted, and the employer should make clear that this conduct is unlawful and will be investigated and disciplined.

Finally, an employer also may want to consider creating employee resource groups so LGBT workers can share experiences with each other and discuss how to overcome obstacles. All of these measures may improve employee engagement, morale and retention, and create a more solid sense of community.