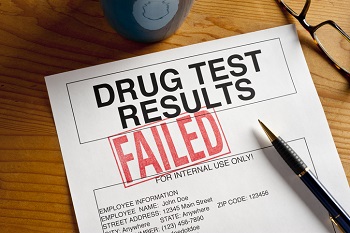 While marijuana remains illegal under federal law, 33 states have legalized medical marijuana use and another 10, plus the District of Columbia, have legalized some form of recreational use. It’s a trend that only figures to grow in the coming years, though recreational measures have notably failed thus far in New Jersey and New York.

So, should employers be sending their drug-testing programs up in smoke, or should they still be testing job applicants to ensure a drug-free workplace?

My new XpertHR podcast takes a look with New Hampshire employment attorney Jim Reidy, a frequent speaker on workplace drug-testing issues and the chair of the labor and employment group at Sheehan Phinney.

Until fairly recently, courts had consistently sided with employers in cases involving applicants or employees fired for failing a drug test—even in cases involving qualified medical marijuana users. But the trend, and even the laws, are unquestionably shifting.

In 2017, the Massachusetts Supreme Judicial Court ruled in Barbuto v. Advantage Sales & Marketing that a newly-hired employee who was terminated after testing positive for marijuana use could sue her former employee for handicap discrimination.

Meanwhile, a federal court in Connecticut reached a similar result last year after an employer rescinded a job offer to an applicant who suffered from post-traumatic stress disorder and tested positive for marijuana.

In fact, a 2019 report by Quest Diagnostics found the number of US workers and applicants testing positive for drugs at a 14-year high, with marijuana leading the way.

But employers that insist on a zero-tolerance policy when it comes to failed tests may find themselves running low on candidates to hire. “Employers are saying, ‘why would we artificially carve someone out when they’re not in a safety-sensitive position,’” said Reidy.

From a compliance standpoint, continuing to test most applicants for marijuana use is no longer a good idea in certain areas either. For instance, a New York City law took effect in May that bans employers from screening most job applicants for marijuana use on preemployment drug tests, though it includes carve outs for certain industries like construction. Maine has a similar prohibition, leading Reidy to say, “It’s the wave of things to come.”

Nonetheless, employers remain free to demand a drug-free unimpaired workplace. That means while an employer may wish to leave off-duty conduct alone, it need not tolerate any signs that an employee is under the influence of marijuana while at work. But this continues to be a tricky line to navigate.

Reidy points out that at least two states, Colorado and New York, prohibit employers from disciplining an employee for engaging in a legal activity outside of work. “But the problem with that, whether it’s drugs or alcohol, if you engage in the activity outside of work but you come into work and you’re impaired, the question is whether the employer can act,” said Reidy.

For more insights on when drug testing makes sense, listen in to “Drug Testing in the Marijuana Legalization Age.”