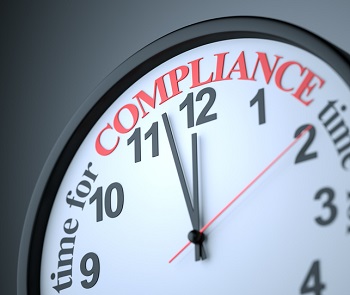 Summer typically is a time when things go a bit slower as many key team members take PTO. But in readying for time off, it’s up to HR pros to ensure that your organization is fully compliant with a host of new employment laws effective July 1. Otherwise, your company may need a timeout.

In recent years, July 1 has become a veritable second New Year’s Day as many states have set it as the effective date for many trending employment laws.

And that’s certainly true in 2019 with expanded leave laws, a plethora of minimum wage increases and post-#MeToo measures all about to present challenges for unwary employers.

The following expanded leave laws are set to go into effect soon, including:

The new law also expands who is a “family member” to include siblings, grandparents, grandchildren, parents-in-law, any blood relative and any individual that the employee has a close enough association with to be the equivalent of a family relationship.

Effective July 1, New Jersey also will eliminate a hurdle for employees receiving benefits as employees will no longer be subject to a one-week waiting period before receiving paid family leave benefits under the New Jersey Family Leave Insurance Law.

Covered employers must submit second quarter wage reports and start making contributions by July 1, for wages paid to workers in April, May and June 2019. Employees in the nation’s capital may access paid leave benefits beginning July 1, 2020.

Meanwhile, Massachusetts employers were facing a July 1 deadline for complying with certain provisions of the state paid family medical leave law. However, Massachusetts recently pushed back the deadline to October 1, 2019.

The law establishes a system for paid family leave of up to 12 weeks to care for a family member, and up to 20 weeks to care for an employee’s own illness. Under the law, family and medical leave will be paid for by a combination of employer and employee contributions that must now be made beginning October 1.

Effective January 1, 2020, Nevada will also join the paid leave trend with a new law that permits employees to use paid leave beginning on the 90th calendar day of their employment. And other states are considering similar measures.

California employers will literally need a score card to keep up with the various local minimum wage increases slated to take effect on July 1 in the Golden State. Among the key cities set to raise their minimum wage are:

Just to the north, Oregon also has a trio of minimum wage increases taking effect, including:

Moving east, New Jersey employers with six or more employees will have a modest increase as the Garden State’s minimum will rise to $10.00. But this is just the first of several staggered increases on the horizon, culminating in a $15.00 minimum wage by January 1, 2024 (with inflation adjustments thereafter).

Some other key cities and counties with minimum wage increases taking effect as the calendar turns to July include:

For all of the details, check out XpertHR’s 50-state chart for Minimum Wage Rates by State and Municipality.

#MeToo Laws on the Move

You didn’t think we would make it through this blog without a few new developments on the #MeToo front? The movement in response to so many high-profile sexual harassment revelations has sparked several laws across the country, and that trend doesn’t seem to be slowing down anytime soon.

For instance, Delaware and Washington, DC both have new laws in an effort to stop sexual harassment before it starts. By July 1, covered Delaware employers must provide existing employees with an information sheet or notice explaining sexual harassment protections.

The information sheet must contain all of the following:

Meanwhile, Washington, DC employers that employ tipped workers must provide training regarding sexual harassment prevention, including how to respond to, intervene and prevent sexual harassment by co-workers, managers and patrons.

By July 1, covered employers face a number of compliance requirements, including but not limited to:

Also starting July 1, Virginia will prohibit employers from requiring a prospective or current employee from signing a nondisclosure or confidentiality agreement that has the effect of concealing details relating to a sexual assault claim as a condition of employment. A growing number of states are passing measures restricting nondisclosure agreements relating to sexual harassment or sexual assault.

Which July 1 compliance deadline concerns you the most? Please let us know by sharing a comment below.