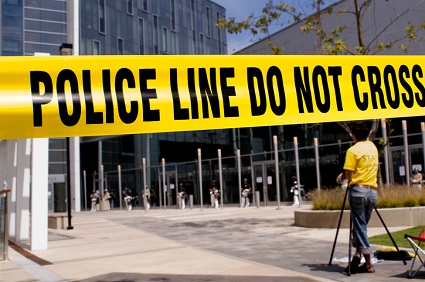 The pair of mass shootings within 24 hours in El Paso and Dayton are another reminder for employers to revisit whether they are taking every precaution needed to prevent an attack, or be prepared if one happens, in their workplaces.

While neither of these active shooter tragedies was the result of a disgruntled employee, the El Paso mass murders at a Walmart Supercenter killed 22 people, putting customers and employees alike in danger.

And as the Virginia Beach Municipal Center killings, the Illinois manufacturing plant shootings and the 2015 San Bernardino holiday party killing spree have shown, troubled employees for varying reasons sometimes return to wreak havoc where they work or worked.

In 2019 alone, there have been at least 17 mass shootings in the US. So what steps can HR and employers take before it’s too late?

There is certainly no perfect solution. But there are measures employers can take to at least better prepare for the risk of an active shooter event.

Bringing in a local law enforcement agency or a security expert is often a good way to train your employees. But if that’s not practical, the Department of Homeland Security (DHS) has videos, reference guides and posters that employers can incorporate to increase their employees’ awareness.

As DHS notes, active shooter situations are, by their very nature, unpredictable and evolve much too quickly. But the agency does offer some recommendations, most notably its classic run/hide/fight approach:

Additionally, employees also should know how to act when law enforcement arrives on the scene after an active shooter event, including:

Just as your business may conduct fire or evacuation drills, active shooter drills also should be part of the training routine. This will allow employees to practice getting to know different escape routes and “safe” sites so they know all the ways to escape the building quickly. It’s also important to identify employees with disabilities who may be unable to evacuate on their own.

Workplace violence prevention expert Matt Doherty (a former Secret Service agent) told XpertHR on a podcast that reception areas should be equipped with panic alarms and that no doors should ever be propped open. Doherty is a senior vice president with Hillard Heintze and has managed trainings for Fortune 500 companies as well as federal, state and local law enforcement agencies.

Doherty called active shooter drills effective because they create an awareness of roles and responsibilities. These drills also should assist employees in:

In the El Paso mass shooting, Walmart store manager Robert Evans helped save lives by getting on his two-way radio and yelling “Code Brown,” the company’s shorthand for an active shooter inside the store. Co-workers heard him and helped hustle customers outside.

Despite the mass shootings at Parkland, Columbine and too many other schools, a significant number of potential school shootings have been prevented because students reported their concerns to the appropriate authorities. The same dynamic should apply in the workplace.

“What we know about active shooters is that in most of the cases there were warning signs of the behavior,” said Doherty. “Creating open lines of communication, whether you report it anonymously or to HR, your security director or your first-line supervisor, that would be the first place to start in helping prevent these situations from recurring.”

Another example of open communication is alerting receptionists and others on the front line in your building when someone has been terminated. Otherwise, a disgruntled former long-time employee may casually walk into an office with his status unknown to facilities people or co-workers who may recognize him.

“A lot of those security fundamentals reside in HR and security departments,” explained Doherty. “The days of firing somebody on a Friday and thinking the problem’s going to disappear on a Monday is not the right approach.”

XpertHR Legal Editor Melissa Gonzalez Boyce also contributed information for this article. For more tips on preparing for active shooter events, our Supervisor Briefing on best practices is well worth a look.