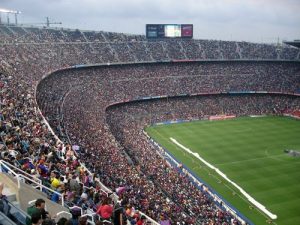 The US Women’s National Soccer team (USWNT) became back-to-back FIFA Women’s World Cup winners this summer with their impressive run in the 2019 tournament in France. The players generated headlines both on and off the field for their swagger, their domination of other teams and their continuing fight for equal pay.

Since their July World Cup win, the USWNT has remained in the spotlight because of their ongoing equal pay fight with their employer, the US Soccer Federation (USSF). The USSF is the common employer of the men’s and women’s US national soccer teams.

The USWNT is claiming that although the men’s and women’s teams are called upon to perform the same job responsibilities on their teams and participate in international competitions for USSF, the female players have been consistently paid less than male national team players.

The USWNT and USSF tried mediation after the World Cup, but talks broke down. So, the lawsuit has continued to progress and generate headlines.

While few cases receive as much attention as the World Cup winners, equal pay has continued to be a big issue for employers. So, with the USWNT continuing to put a spotlight on equal pay, what can more typical employers do to make sure they are addressing equal pay issues in their own workforces? Below are five basic steps you can take to promote fair pay and prevent wage discrimination:

Numerous federal, state and local laws prohibit an employer from paying different wages based on sex (or other protected classes) for the same or similar work, subject to certain exceptions.

At the federal level, the Equal Pay Act generally requires that men and women receive equal pay for substantially equal work in terms of skill, effort and job responsibilities. Pay includes not only salary, but also:

All employees should be paid fairly based on merit, skills and qualifications, and your policies need to clearly set the tone for achieving this goal by prohibiting wage discrimination and promoting pay transparency. This can often be part of a discrimination policy or EEO Policy that prohibits discrimination in compensation and ensures equal pay.

Additionally, workplace policies should address how your organization will handle wage discrimination complaints. Maintain a multichannel internal complaint procedure and assure employees that they will not face retaliation for filing complaints.

Any salary guidelines or requirements for bonuses (whether they are based on merit, productivity, sales or commissions) should be well documented and based on fair, objective, predictable and measurable criteria. Adequately convey such guidelines and requirements to your employees so they are aware of your expectations and are not left wondering how and why you arrived at a particular decision.

Documentation is always key. When decisions about compensation, performance and promotions are made, carefully document the process and reasoning to provide a record. Such documentation could be helpful if you are ever faced with a claim of wage discrimination.

Don’t forget about your supervisors and managers when it comes to thinking about equal pay in your workplace. Be sure they receive proper training on how to avoid wage discrimination and make employment decisions based on legitimate and nondiscriminatory reasons, such as:

It’s also a good idea to instruct managers and supervisors on how to document and maintain proper records regarding compensation decisions. Such training may be especially vital for employees that recruit, interview, screen and hire new employees.

Pay audits can be your friend when it comes to equal pay! Audit workplace pay practices to identify any discrepancies and correct any unlawful wage differentials among similarly-situated employees. Review how you pay employees and evaluate pay structures in order to recognize, correct and prevent compensation disparities.

To minimize the risk of an equal pay claim, pay audits should be a common occurrence. Frequently review pay practices, job descriptions, salaries, benefits and bonuses to ensure your organization is not engaging in unlawful discrimination under federal, state or local law. Make sure that any wage differentials are based on legitimate and nondiscriminatory factors (e.g., education, training or experience) and supported by written documentation. If they are not, these issues should be corrected.