Flunking Investigations 101 – Houston Astros Show What NOT to Do 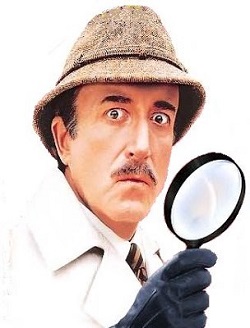 The American League Champion Houston Astros had a spectacular season, winning a team record 107 games as they captured the best record in baseball and fell just short of their second World Series title in three years.

But an ugly clubhouse incident involving one of the team’s highest-ranking employees marred its World Series appearance and called the organization’s culture and processes into serious question.

And as is sadly often the case in such situations, it was the handling of the post-incident aftermath even more than the incident itself that landed this high-profile employer in a world of trouble.

To quickly set the scene for non-baseball fans, the Astros have excelled by relying heavily on analytics and maximizing value to give them a competitive advantage. One controversial way the team achieved that was with a trade last year, in which it acquired a talented relief pitcher named Roberto Osuna from the Toronto Blue Jays while giving up relatively little in return.

The Astros were able to make this one-sided move because:

a. They were smarter than everyone else;

b. Toronto was asleep at the wheel; or

c. Osuna had just finished serving a 75-game suspension without pay for alleged domestic violence and most other teams didn’t want to touch him.

Osuna had been charged with assaulting the mother of his then three-year-old child in May 2018, charges which were still pending at the time the Astros traded for him (though prosecutors later dropped criminal charges as part of a plea deal for a restraining order after the woman refused to testify). So, the correct answer is C.

Fast-forward to the Astros clubhouse celebration for winning the American League Championship against the Yankees. Assistant General Manager Brandon Taubman loudly and inexplicably taunted three female reporters – one of whom was wearing a purple domestic violence bracelet by approaching them and yelling repeatedly, “Thank God we got Osuna! I’m so f— glad we got Osuna!

Two nights later, Sports Illustrated’s Stephanie Apstein – who was one of the other female reporters targeted by Taubman – posted a story detailing the clubhouse incident.

Within an hour, the Astros released a statement:

a. Apologizing for Taubman’s boorish behavior;

b. Decrying domestic violence; or

The answer again was C – the fake news defense. Amazingly, the statement said, “An Astros player [an apparent reference to Osuna, who had given up a game-tying home run] was being asked questions about a difficult outing. Our executive was supporting the player during a difficult time. His comments had everything to do about the game situation that just occurred and nothing else.” It went on to accuse Sports Illustrated of attempting to fabricate a story.

I say “amazingly” because not only had the incident occurred in a very public place, but:

Reporters who witnessed the incident from the Houston Chronicle and Yahoo! came forward to corroborate Apstein’s account to the letter. In fact, it quickly became evident that the team’s quick-trigger response and “investigation” consisted of asking Taubman what happened and taking his word for it.

On an XpertHR podcast earlier this year, investigations expert Michael W. Johnson said there are several cues employers can take to increase their odds of spotting deception by an employee who is the subject of an internal investigation. Of course, speaking to someone other than the employee accused of misconduct is generally a good first step as well.

The day after Sports Illustrated published Apstein’s story, Taubman issued a statement apologizing for using “inappropriate language” but claimed his remarks – which he called “overexuberance in support of a player” – had been misinterpreted. And, he was sorry if anyone had been offended.

Crane is a freight executive whose company, Eagle Global Logistics, had been sued for demoting women, creating a hostile work environment, refusing to promote women and minorities into managerial jobs, as well as engaging in sexual harassment and retaliation. The company had entered into a $9 million consent decree with the Equal Employment Opportunity Commission (EEOC) to settle multiple discrimination charges.

Only after Major League Baseball announced a full investigation into the incident did the Astros act, admitting days later that the team’s initial statement was wrong and firing Taubman.

At a press conference during the World Series to announce Taubman’s firing, Luhnow seemed most upset about having to fire a loyal employee in Taubman. A reporter asked Luhnow if he or the team had reached out to Apstein. Luhnow said he hadn’t and blamed the failure to do so on a busy travel schedule. Apstein was sitting right in the room at the time.

Finally, Crane wrote a letter to Apstein last Saturday admitting, “We were wrong to question your professionalism” and apologizing for the team’s initial statement nearly a week earlier.

Internal investigations are critical when it comes to allegations of employee misconduct, and the lack of a meaningful or unbiased investigation can always be used against the employer. Even when litigation is not involved, the failure to investigate can be harmful. The Astros learned that the hard way with a full week of self-inflicted bad publicity during a time that should have been a celebration of their great season.

XpertHR has a host of valuable resources for conducting an internal investigation to aid HR professionals.