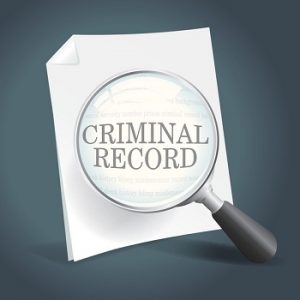 Recently JPMorgan Chase announced that it is “expanding its commitment to giving people with criminal backgrounds a second chance by supporting their reentry into the workforce, community and local economies.” The firm announced that it was setting forth a new public policy agenda that “invests more in communities and enhances its own hiring strategy in collaboration with other businesses to create economic opportunity for more people.”

This comes on the heels of the US Department of Labor awarding over $2 million dollars to 24 states to expand their use of fidelity bonds to help persons with criminal records with employment opportunities. Additionally, the Society for Human Resource Management (SHRM) has made second chance hiring a top priority and is urging its members to seriously consider the formerly incarcerated as job candidates, especially in light of the passage of the First Step Act authorizing criminal justice reform and providing assistance for individuals upon their release from prison.

Here are nine things employers should consider when it comes to second chance hiring:

With the US currently experiencing a labor shortage and a historically low unemployment rate, there are more jobs available than there are American workers to fill them. Additionally, the US life expectancy is up, and Americans are living longer.

Opening up hiring to formerly incarcerated individuals, and providing them with a second chance, allows employers to tap into a new labor market of individuals who may be able to bring talent and drive to organizations. These individuals have the opportunity to put their criminal past behind them and make important contributions to the workforce.

2. It May Increase Diversity

Another benefit of second chance hiring is that it may correlate directly to an organization’s diversity and inclusion efforts as Equal Employment Opportunity Commission (EEOC) statistics demonstrate that a policy of excluding applicants based on criminal history disproportionately affects African Americans, Hispanics and people of color. Bringing in the formerly incarcerated may potentially allow an employer to expand the diversity of the workplace with respect to race and ethnicity.

3. Recognize the Benefits of Hiring the Formerly Incarcerated

Recognize that there are benefits to hiring individuals who have been formerly incarcerated. They may be extremely grateful for having been provided with a second chance and go on to have a long and successful career with your organization.

In fact, studies show that the formerly incarcerated often perform at the same level as those who were not formerly incarcerated. A Northwestern University study in 2017 revealed that “individuals with criminal records have a much longer tenure and are less likely to quit their jobs voluntarily than other workers.”

If an employer is considering hiring the formerly incarcerated, it must make a concerted effort to minimize the unconscious bias of those with recruiting and hiring authority during the interview process as well as coworkers. Unconscious bias refers to individuals’ preexisting attitudes that may, however unwittingly, influence their judgment.

To minimize unconscious bias, make sure you have a diverse recruiting team and train them to set aside preconceived biases, stereotypes and judgment, especially with regard to those who have served time. Uniform criteria should be applied, and all candidates should be asked the same questions and evaluated on their merits, skills and qualifications.

5. Be Careful of Negligent Hiring

• The employer fails to exercise reasonable care in the hiring process to ensure that a new employee is fit for the position; and
• A third party is injured due to the employer’s failure.

To minimize potential liability, an employer must perform due diligence on prospective employees in order to verify fitness for duty. This includes requiring the prospective employee to complete a job application, interviewing the candidate, performing employee background checks and verifying the information provided on a resume and/or a job application. Oftentimes, the particular position will dictate the level of reasonable care required. Be cognizant of federal and state law variations when performing these screening methods and be sure to work with law enforcement if needed.

Be aware that an increasing number of states and localities have enacted ban the box laws that may prohibit employers from:

• Inquiring into or considering an applicant’s conviction history until after the applicant has received a conditional offer; or
• Requesting that an individual provide criminal history on an initial job application.

Although there are varying requirements among state and local laws, they are aimed at providing formerly incarcerated individuals with a fair shot at hiring. While employers have a right to know an individual’s background (i.e., education, work experience, etc.), individuals with a criminal background should not be automatically excluded from consideration. An employer should try to strike a balance and if an individual’s criminal background is discovered after a conditional job offer is extended, the employer should provide the employee with an opportunity to explain.

Because a criminal conviction on an individual’s record can present major obstacles to obtaining employment, a number of states have enacted laws allowing individuals to clear their names and expunge or seal their criminal records especially when it comes to juvenile records, marijuana convictions, misdemeanors and lower level offenses. Such laws permit individuals to move beyond their criminal past.

States such as California, Florida, New Jersey and Pennsylvania have recently enacted or amended criminal expungement laws. If an expungement law is in place, an applicant may generally answer “no record” on a job application if questioned about prior arrests, convictions or court appearances that have been expunged. Employers and the background screening vendors they use should be aware of such laws and their application.

Although ban the box laws and expungement laws may restrict employers from looking into criminal background too early in the hiring process, it is still critical to conduct a thorough background check. When conducting background checks, it is important for an employer to strike a delicate balance and provide individuals with a chance to explain themselves.

The EEOC sets forth nine factors that should be taken into account when considering an individual’s criminal background:

• The facts or circumstances surrounding the offense or conduct;
• The number of offenses for which the individual was convicted;
• Older age at the time of conviction, or release from prison;
• Evidence that the individual performed the same type of work, post-conviction, with the same or a different employer, with no known incidents of criminal conduct;
• The length and consistency of employment history before and after the offense or conduct;
• Rehabilitation efforts (e.g., education/training);
• Employment or character references and any other information regarding fitness for the particular position; and
• Whether the individual is bonded under a federal, state or local bonding program.

In sum, look at each position and job separately and fully assess if individuals are ready, willing and able to work.

9. Attempt to Connect to Candidates

Employers may want to make a concerted effort to connect with formerly incarcerated individuals by partnering with innovative programs in states and localities that focus on re-integrating the formerly incarcerated into society. Such programs may involve employers going into the prisons before individuals are released and assessing their skills and talents, what these individuals may excel at and how they are able to fit back into the workforce.