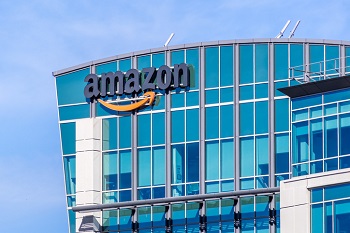 Amazon recently found itself in a PR quagmire of its own making when it threatened to fire at least two employees for speaking publicly about the company’s role on climate change.

The employees had spoken to The Washington Post last fall urging the e-commerce giant to do more to combat climate change. Not long afterwards, HR called one of the employees in for a meeting. Both employees also received letters from a company attorney warning them that any further public criticism could lead to loss of their jobs. Amazon viewed the comments as a violation of its communications policy.

But that created a much bigger headache as nearly 400 Amazon workers criticized the company’s attempt to silence their colleagues in a pointed online blog post and put their names to it.

My XpertHR podcast takes a look at this ill-fated employee speech crackdown and what happens when employees speak out about political issues affecting their company. It features a discussion with Kate Bischoff, who runs the Minneapolis-based tHRive Law and Consulting, and Cleveland employment attorney Jonathan Hyman.

“It’s making a big mountain out of a molehill,” said Bischoff. “This has been picked up by nearly every major (media) outlet. I would have maybe taken a step back on this external communication policy.”

Bischoff noted that Amazon is one of the favorite employers for new college graduates and other candidates to apply to. “They have no shortage of talent applying for their positions,” added Bischoff. “So, to be able to buck up and take some criticism… might have been a better track than to say, ‘You can’t say anything negative about the company.’ It certainly doesn’t give them a good look.” She further noted that it could lead to recruitment and retention problems.

Hyman also would have advised Amazon to turn the other cheek. He noted that PR issues sometimes trump legal issues and said that was certainly the case with this situation. “What Amazon is doing is taking an internal employee issue, they’re making it way more public than it probably ever would have become, and they’re creating a PR nightmare for themselves,” said Hyman.

A majority of states offer some protection for an employee’s off-duty conduct. But Hyman notes that off-duty speech involves quite a bit of gray area. “There’s lots of things that someone can post online that might not directly affect the workplace because they’re not talking about work but might put the employer at risk of reputational harm.” As an example, he pointed to calls he received from clients during the 2012 presidential election saying that they had employees complaining about working with one another because of off-duty comments posted about President Obama.

However, if the off-duty comments involve possible wage and hour violations, safety violations or discrimination claims, that presents a much different scenario because such postings, Hyman says, are directly related to an employee’s terms and conditions of employment.

For more insights on what employees can and cannot say outside of the office, and how employers must take PR considerations into account, listen to our podcast, “Amazon’s Crackdown Sheds Spotlight on Employee Speech.”