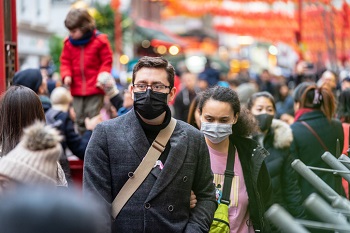 This is normally the time for churning out blogs about March Madness, office pools and the anticipation for the NCAA basketball tournaments. But this year, there will be no tournaments amidst the coronavirus pandemic.

And, following the NBA’s announcement Wednesday night that it was suspending play after one of its players tested positive for COVID-19 (with another teammate also testing positive a day later), all of the nation’s major professional sports leagues followed suit in less than 24 hours. The declaration of a national emergency came a day after that.

The developments have been no less stunning in the workplace, where not being able to fill out a bracket is the least of everyone’s concerns. Telework may well become the new normal for many employers the next few weeks, if it hasn’t already.

Facebook is encouraging all 5,000 of its Seattle-based employees to work from home at least until March 31, after one of its workers tested positive. And other companies are either taking, or mulling, similar steps.

However even with telework as an option, many questions still remain for employers, including:

What’s clear is that nobody has a playbook for the coronavirus, and it’s moving much faster than many companies have been able to prepare for it. “This is one of the biggest onions I’ve ever dealt with because there are so many layers,” said Helms. “[Work] conferences are being cancelled at such a record rate,” and things are changing not only day by day, but seemingly by the hour.

Employee health and safety is of course front and center. Employers have a duty under the General Duty Clause of the Occupational Safety and Health (OSH) Act to ensure that their employees have a safe and healthy workplace. But it’s still an area where employers must tread cautiously. For instance, Helms notes that the Centers for Disease Control and Prevention (CDC) has suggested that employers not request doctor’s notes from employees returning to work after being out for health reasons.

“The theory behind that is a concern that our health system is going to become overwhelmed with just needing to take care of the people who are actively sick,” said Helms. “Giving typical return-to-work notes or anything of that sort are going to be something that either our healthcare providers or the hospitals can’t take on.”

She also discussed the difference between good-faith safety concerns and those that are not. Helms notes, for instance, that while it’s certainly OK to report legitimate concerns about a co-worker’s continued coughing spells, that’s different than saying, “I’m not sitting next to this person because they’re Asian, and I don’t know if they have it [the coronavirus] or not. You can’t let that happen, and that needs to be nipped in the bud,” she warns.

Leave and absence is another area where employers must be sensitive, especially during a time of widespread school closures when so many employees are facing the unexpected prospect of their kids being home during the workday for extended periods.

Regardless of how much leave or PTO time an individual has, Helms said it’s important for employers to be flexible and work at finding solutions. “This isn’t the normal day in, day out run the business, make the widget sort of thing,” she noted. “These are extraordinary circumstances, and we’ve all got to find a way to get through it. So it’s a very different mindset.”

For more tips on how employers can deal with the coronavirus and this unfortunate new March Madness, listen to the new XpertHR podcast, How Employers Should Handle Coronavirus Concerns.