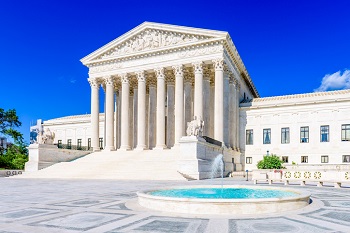 The Supreme Court handed two landmark victories to employees this week in a pair of cases that dealt major setbacks to the Trump administration. First, the Court ruled 6-3 that Title VII of the Civil Rights Act provides employment protections for gay or transgender employees. The decision in Bostock v. Clayton County marks the Court’s biggest employment law pronouncement in years and caught some observers by surprise.

But that wasn’t all. The justices also made big news later in the week with their ruling that the administration may not end the Obama-era Deferred Action for Childhood Arrivals (DACA) program. DACA protects an estimated 700,000 young, undocumented immigrants living and working in the US from deportation by providing renewable, two-year work permits.

Both rulings almost surely will be raised as issues in this year’s presidential election. So here’s what the Supreme Court had to say and why the outcomes are so significant.

While the Supreme Court has recognized same-sex marriage since 2015, it had yet to provide workplace protections for LGBT employees under Title VII. That meant Bill could lawfully marry Tom on Sunday and get fired on Monday in the 29 states without laws protecting against sexual orientation and gender identity discrimination in employment.

The Court’s ruling – in two cases in which employers fired gay men shortly after learning of their sexual orientation and another involving a funeral home director, Aimee Stephens, who lost her job after informing her boss about her plans to have sex-reassignment surgery – dramatically changes the employment law landscape.

Adding considerable heft to the decision is that Justice Neil Gorsuch authored the opinion. Gorsuch was President Trump’s first Supreme Court appointee. During the arguments last fall in the cases, he voiced concern about the potential consequences of a ruling for the employees in asking, “Shouldn’t we take the massive social upheaval that could result into account? It’s a matter of judicial modesty.”

However, Justice Gorsuch ultimately not only sided with the employees but authored a powerful opinion.

“I think most of America was surprised by this [outcome], and especially Justice Gorsuch’s leading the majority and writing the opinion,” said Anthony Oncidi, who heads the labor and employment practice group in the Los Angeles office of Proskauer. Speaking on this week’s XpertHR podcast, Oncidi noted that Justice Gorsuch replaced Justice Antonin Scalia on the Court and was viewed by many as acolyte of his.

In his opinion, Justice Gorsuch noted that Title VII bans discrimination because of sex. He explained that if an employer fires a male employee for no other reason other than the fact that he is attracted to men, then the employer is discriminating against him for traits it tolerates in his female co-worker. In doing so, Gorsuch wrote, “The individual employee’s sex plays an unmistakable and impermissible role in the discharge decision.”

In dissent, Justice Samuel Alito wrote, “Many will applaud today’s decision because they agree on policy grounds with the Court’s updating of Title VII.” However, he said Congress never took such a step.

In light of the Supreme Court’s ruling, employers that do not already ban discrimination based on sexual orientation and gender identity should update their policies immediately. They also should cultivate a diverse workplace with a culture of tolerance and inclusion.

The Supreme Court’s groundbreaking LGBT pronouncement wasn’t the only big development this week with workplace implications. That’s because the Court blocked the Trump administration’s efforts to end the DACA program, at least for now.

The administration has long viewed DACA as illegal, claiming it leads to immigration law violations by providing affirmative benefits like work authorizations and Social Security benefits to undocumented workers. It had made terminating the program a high priority despite numerous objections in the business community.

In all, 143 employers, 66 healthcare organizations and three labor unions filed or joined briefs in support of the DACA program, including:

Ultimately, the Supreme Court found the government’s arguments for eliminating DACA to be inadequate, calling its reasoning “arbitrary and capricious.” Writing for the Court, Chief Justice John Roberts made clear that the Court was not addressing whether DACA – or its rescission – were sound policies and left the door ajar for a future challenge.

However, the likelihood of such a challenge being mounted before the 2020 election are highly unlikely

The Court noted that about 700,000 individuals, their families and employers had relied on the work renewal program. And, it said, the government did not take those interests into account in its move to rescind the program.