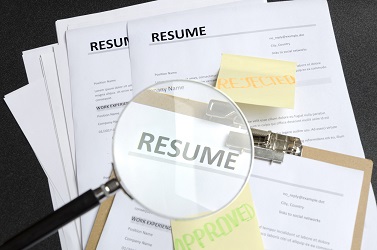 One in three working-age Americans has a criminal record in some form, and the barriers to employment associated with that history are experienced disproportionately in Black and Latinx communities.

Greene and Speck stressed that criminal history is not an either-or, good-versus-bad dichotomy, with individuals with criminal records on one side and those without such records on the other. Rather, criminal history strongly reflects existing structural inequities.

For example, they noted that while Black and white Americans use and sell drugs at similar rates, Blacks are 2.7 times more likely to be arrested for drug-related offenses. While a number of states and localities have adopted ban-the-box laws that prohibit employers from inquiring into criminal history at the job application stage, those laws are only a first step toward breaking down biases and fully including individuals with criminal backgrounds in the workforce.

This form of inclusivity is good for business and creates loyalty as well, Greene and Speck emphasized. At one retailer, employees with criminal records had an annual turnover that was 12.2% lower than the rate for those without a criminal history. In addition, a study at a health care organization found that of 79 employees with serious felony convictions, 92% were still employed after five years.

Greene and Speck emphasized that the principles behind the above list of dos and don’ts could be applied to the handling of any aspect of an individual’s identity, not only criminal history. Broadly speaking, the aim is to treat people as individuals, respect boundaries and strive to make everyone feel included in the organization.

Organizations can be classified on a spectrum of fair chance hiring, Greene and Speck stressed, with resistance to hiring individuals with criminal backgrounds at one end and active strategizing to recruit and hire these individuals at the other end. Most organizations, they asserted, likely fall in the middle.

Many may be open to fair chance hiring in theory, but in practice, they do not actively seek out individuals with criminal records. Other organizations may be considering proactive recruiting efforts but have questions and concerns about the practicalities or struggle with buy-in from leadership. But wherever they find themselves on this spectrum, any organization can make positive changes that increase inclusiveness.

Finally, Greene and Speck challenged attendees to identify one step they would take to move their organizations further along on the fair chance hiring spectrum. Some of these steps include: