#SHRMInclusion 2020: Microaggressions in the Workplace and What to Do About Them 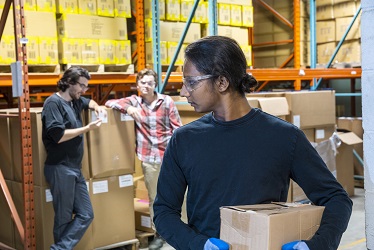 In the aftermath of the murders of George Floyd, Breonna Taylor and others, many companies have responded with an increased focus on their diversity and inclusion efforts. Amid the statements from CEOs and other corporate leaders, employees from a variety of backgrounds have backed these initiatives as well.

But many tougher questions involving microaggressions in the workplace remain uncomfortable and, in many cases, unresolved. At the Society of Human Resource Management’s (SHRM’s) 2020 conference this week, Michael Baran, the co-author of “Subtle Acts of Exclusion,” discussed this issue and why so many employees remain silent rather than calling them out.

A microaggression is an action or incident that is regarded as indirect, subtle or unintentional discrimination against members of a marginalized group. But while there may be no intent behind the words or action, that doesn’t mean it’s any less damaging or any less of an indignity for the person on the receiving end. Examples of microaggressions include:

Most microaggressions are involuntary and examples of unconscious bias. But Baran explains that microaggressions reinforce ideals that isolate entire groups of people and lead to hostility. “They don’t feel subtle when it’s happening to you,” he told SHRM attendees.

But he said these comments often go unchecked as many would rather remain silent than speak up out of fear of causing conflict. That, he adds, is where allyship can come in where co-workers recognize these comments when they happen and raise awareness about them.

If you are confronted about a comment that was perceived as a microaggression, Baran says the following is most important to ensure a productive relationship going forward:

The key is to be aware of your behaviors, to understand why they are problematic, and then to work to consciously fix them,” explained Baran. “If you take it well, that will create trust and an authentic relationship with your colleague.”

He also noted that allies can unwittingly make minority workers uncomfortable in attempting to show support. Baran cited examples of white employees asking Black co-workers “how they felt about all that was going on” following the murders of Floyd and Taylor.

Baran asserts that it’s a mistake to task people with responding on your time. He noted that in many cases minority employees said they were doing fine to assuage their co-workers when that really wasn’t the case.

That led Baran to offer some key tips for being a good ally:

He also stressed that microaggressions take many forms. Thus, while a great deal of focus is being placed on race in recent months, other examples should not be overlooked.

As an example, Baran told a story of a blind employee who expressed frustration that he could sense his co-workers leaning against walls silently to allow him to pass by in the hallway. While they were trying to be respectful, the employee really wanted them to say hello or even “on your left” rather than making him feel singled out.

If you have a good example of a microaggression you’ve experienced or heard at work, please share it with us below.